While we know that drag racing and Mercedes go hand in hand, this Pro Mod 500 SL is beautifully built and worthy of admiration.

They say that the first automobile race occurred when the second car was made. To us, that means the Patent Motorwagen is the first race car. Which also means it was the first drag car. Probably. But speaking of drag cars, if you advance 100 years past the patent wagen, you get this Mercedes 500 SL. Build by Rick Lefever, this quad turbo 500 SL is an incredible testament to Lefever’s meticulous fabrication skills. Engle Bros. Fabrication recently were able to check out this car, and through their Facebook post, we got to see it up close. 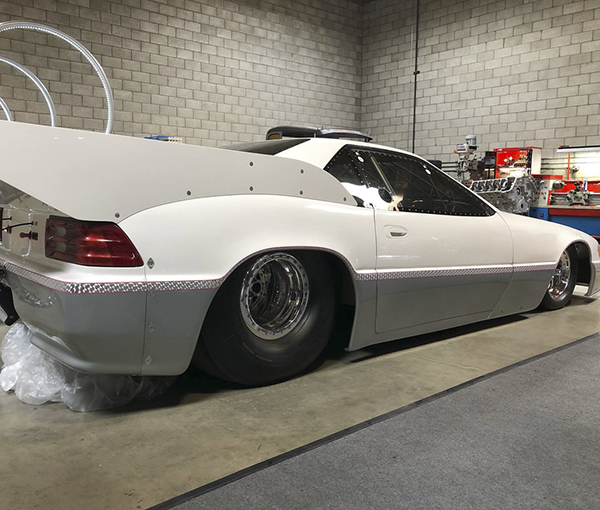 For AMG fans, we’re sorry to report that this isn’t a Mercedes AMG block. It’s a Chevrolet. Which also happens to have over 8.6 liters of displacement. And a quartet of turbos. Output is estimated at about 3000 horsepower according to DragZine. This Keith Black engine is equipped with a custom (and gorgeous) intake manifold with 16 fuel injectors that feed through four throttle bodies. Lefever crafted that himself. And of course the main touch is the plumbing that accompanies the quad-turbo setup. Carbon fiber, contrasting pink AN fitting, and polished aluminum all make for an incredible engine bay. 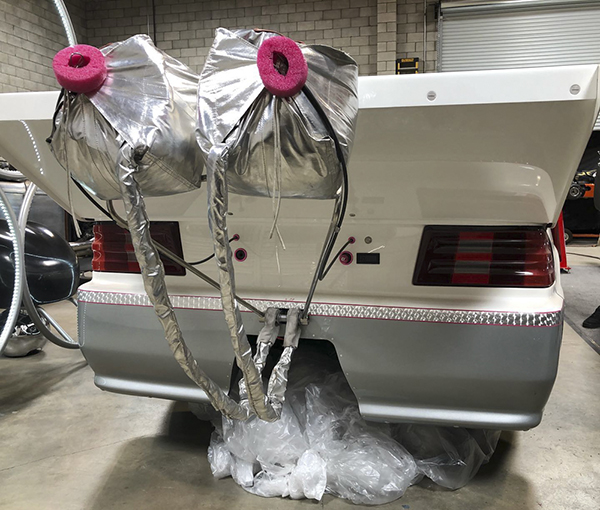 All 3000 horsepower is sent to the rear via a Liberty three-speed transmission. There’s not a lot of heft to move around, either. Lefever’s construction methods mean that 500 SL body weighs just 28 pounds. That light weight is reflected throughout the car, with an overall weight of 1830 pounds. That’s one third the weight of a G65 AMG. With five times the power. It’s almost like it could pass for an honorary AMG badge. 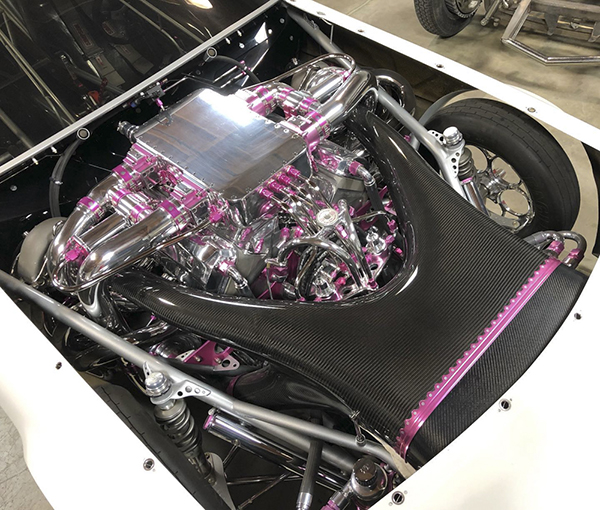 As for drag times, we’re not sure it’s ever done an official pass at speed. Our searches show that Lefever was seeking sponsors. It may not have ever come to fruition, though. We’d have to venture a pass of at least a 7, maybe 6 seconds wouldn’t be out of the question. Speed? We’d probably say the ET would be above 230.