Daimler AG, now known as Mercedes-Benz Group, announced in June 2020 that Mercedes-AMG would soon roll out an “electric exhaust gas turbocharger” juiced up by a 48V system. Developed in partnership with Garrett Motion, this piece of technology promises to make turbo lag a thing of the past thanks to a small electric motor integrated on the turbocharger shaft between the turbine wheel and compressor wheel. 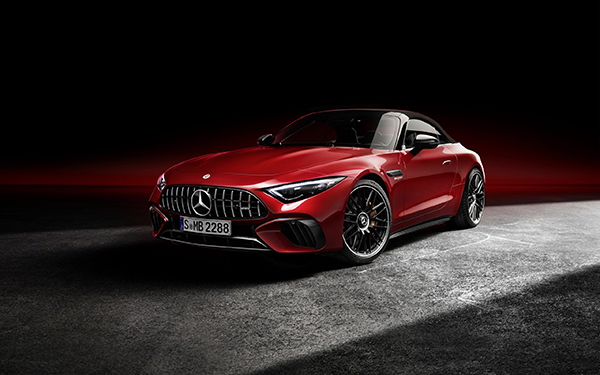 The motor drives the compressor wheel on the fresh air side of the turbocharger before the turbine wheel on the exhaust side accepts the exhaust gas flow, thus improving response from idle and at higher revs. Capable of spinning to 170,000 revolutions per minute, the e-turbo maintains boost pressure even when you take your foot off the loud pedal.

By electrifying the turbo, Mercedes-AMG further claims higher torque at low engine speeds. What’s more, the engine’s cooling system is tasked with keeping the turbo, motor, and power electronics in check. Tobias Moers, the former big kahuna of Mercedes-AMG and the current head honcho of Aston Martin, described this fellow as “something that will take turbocharged combustion engines to a previously unattainable level of agility.”

Be that as it may, I have mixed feelings about it. For starters, the C 63 will drop the current generation’s V8 for the M139 four-cylinder engine with the aforementioned electric exhaust gas turbocharger and a plug-in hybrid system. Allegedly, a mild-hybrid version of the M254 four-cylinder engine will be used in the SL 43, according to MB Passion Blog. Expected to be officially confirmed this coming spring, the entry-level powertrain option promises around 390 ps in addition to 20 ps from the integrated starter generator.

That’s 385 and 20 horsepower, which is pretty swell for a four-cylinder turbo with a displacement of 2.0 liters. “A plug-in hybrid variant is expected to follow later,” according to the cited publication. And yes, the second-generation GT is likely to receive at least one four-cylinder mill as well.