Mercedes-AMG is celebrating the end of the 2022 Formula 1 season with the introduction of the SL 63 ‘Motorsport Collectors Edition.’ The limited version of the roadster features enhanced looks, and its production is capped at 100 units. 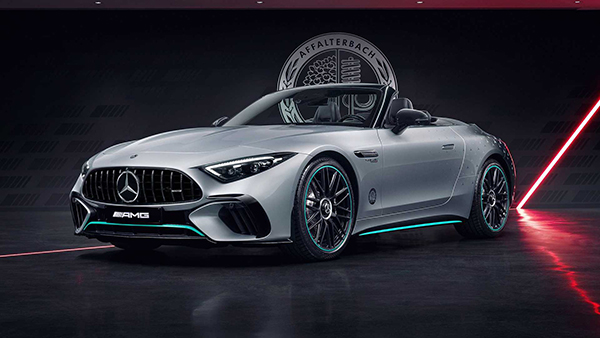 2022 was far from being a great Formula 1 season for Mercedes as the German team only managed to win a single race, with George Russell triumphing in Brazil in the penultimate round. He went on to grab the fourth place in the driver standings while Lewis Hamilton had to settle for sixth. Despite a less-than-ideal year, AMG has decided to mark the end of the F1 season with a special edition of the SL.

Based on the range-topping 63, the sporty roadster is now available in the Motorsport Collectors Edition with an assortment of visual tweaks to mimic the 2021 F1 machine rather than last year’s W13. Much like the W12 driven by Hamilton and Bottas, the metallic paint has a color graduation from silver to obsidian black, combined with the familiar Petronas green for a contrasting effect. The rear half of the car has numerous three-pointed stars to echo the race car. 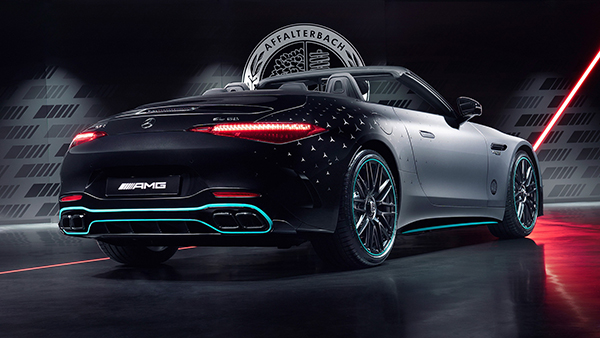 As standard, the peeps from Affalterbach are installing the AMG Aerodynamics Package with bigger flics at both the front and rear aprons. The kit tailored to the SL also contains a beefier diffuser and changes to the underbody to improve airflow. Numerous black accents have been added courtesy of the AMG Night Package and AMG Night Package II, including a black chrome grille, dark brake calipers, and black badging.

The SL 63 Motorsport Collectors rides on 21-inch wheels with a 10-twin-spoke design and gets a black electrically operated fabric roof. You can have the AMG Performance seats in black Nappa leather with either red or yellow stitching, with both featuring an embossed AMG emblem in the headrests. The carbon fiber trim, a Burmester sound system, a head-up display, and the AMG Track Pace telemetry system round off the goodies. 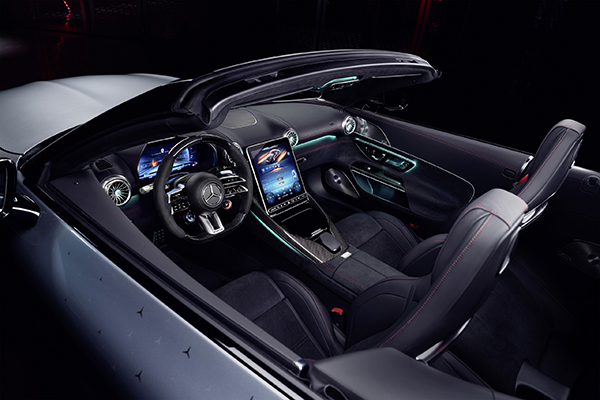 Mercedes is making only 100 roadsters and each will come bundled with an indoor car cover made from a synthetic fabric that won’t tear. It also boasts an anti-static lining of woven flannel on the inside to protect the vehicle from scratches and dust.