Mercedes is simplifying its lineup by replacing the old C-Class and current E-Class Coupes with one two-door model that will wear the CLE badge and offer sleeker styling for Benz buyers who want something a little different from an ordinary sedan. But it looks like the differences don’t extend to the interior. 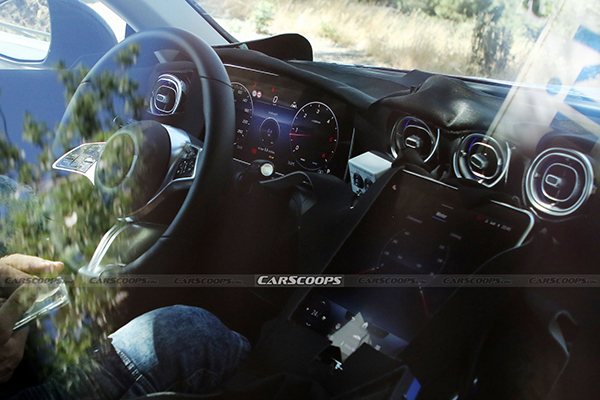 Our spy photographers snapped the still-disguised CLE out testing in Germany again, but this time they also managed to grab some shots of the interior. And those photos suggest that from the driver’s seat there’ll be little to distinguish the coupe from the sedan.

The dashboard, twin digital screen setup, and air vents appear to have been carried straight across without significant changes. That might be slightly disappointing if the C-Class sedan’s interior wasn’t so stylish. Unlike rival BMW’s latest dashboards, which merge the digital instrument cluster with the main console touchscreen to create one huge rectangular digital display, Merc’s design team opted to keep the two separate.

And rather than mount the touchscreen high up on the dash, they located it lower down on the console below the central air vents so that the virtual buttons for functions would be in the same place physical buttons used to be. 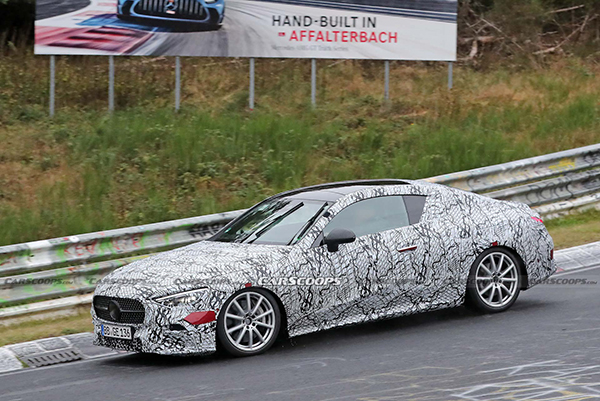 There’ll also be a C63 that’ll use the same powertrain as the C63 sedan Mercedes is currently teasing ahead of this week’s launch. But don’t go getting your hopes up for a V8: even the C63 has downsized to a 2.0-liter turbo four for this generation.

Where the CLE will differ from the C-Class sedan is, of course, in the way it looks on the outside. The CLE coupe pictured here, and the CLE cabriolet will feature two doors with frameless glass and a lower roofline than the sedan. And judging from these spy shots they’ll also get a set of door mirrors that makes it look like someone has rammed an inverted golf club through each doorskin.