Let’s face it, minivans—those family haulers that had to cope with all kinds of soccer mom jokes—are now a dying breed. Some companies are trying to reinvent them for the new age (Hyundai’s Staria is a cool attempt, for example), but it could be too little and too late. On the other hand, with this particular MPV, one might finally get rid of the bad habit of not arriving on time… everywhere.

As a quick reminder, the Mercedes-Benz R-Class large MPV has lived a rather long (but not so successful) life between the 2006 and 2017 model years. It might soon fade into minivan oblivion, but it’s important to note that for a single model year, some Affalterbach-based DNA bonded with the series.

It arrived in the form of a hand-built 6.2-liter V8 engine from the E 63, along with the seven-speed AMG transmission and 4Matic all-wheel-drive system that was shared with the ML and GL 63 AMG sport utility vehicles. Poorly received, it was produced in just 200 units for global markets, making it one of the rarest AMGs on the planet. 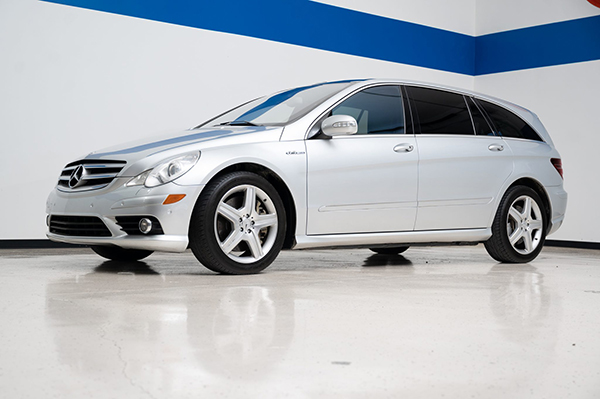 Now there’s a chance to own a 2007 Mercedes-Benz R 63 AMG that’s up for grabs on Bring a Trailer. The selling dealer (going by the username of choicedealsnc2017) notes that it has spent its entire life registered in North Carolina and comes with a clean title and Carfax report, although it has travelled quite a bit.

This is one family-hauler that probably earned its keep the right way, with the MPV now showing some 190,000 miles (around 306,000 km) on the odometer. Nice to see an AMG that easily qualifies as a collectible due to its low production count but hasn’t spent most of its lifetime tucked away as a garage queen. 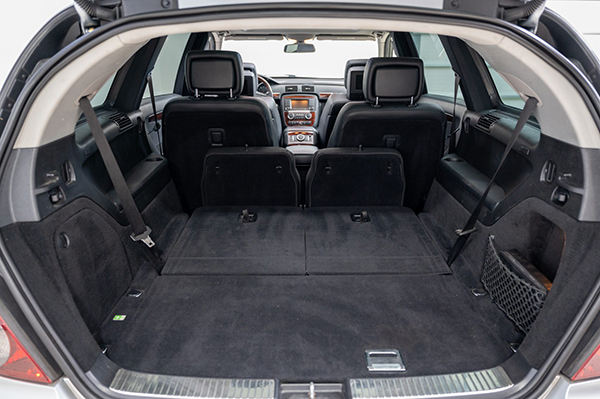 There’s also the mighty M156 mill that was capable of churning out over 500 hp when new to be taken into account, as well as the current highest bid of $17,500 for the auction that will run for another couple of days.