It’s important to recognize crazy when you see it. This is one of those cases. What you’re looking at is a 2007 Mercedes-Benz R63 AMG, the high-performance version of the slow-selling R-Class MPV. Sharing a platform with the M-Class and GL-Class, now called the GLE and GLS, respectively, the R-Class was built in standard and long-wheelbase configurations, though North America only received the latter. 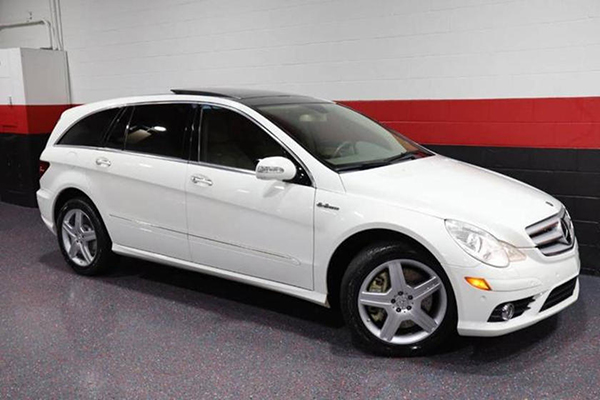 The R-Class debuted for the 2007 model year and wasn’t discontinued until a decade later. Instead of sliding doors, the R-Class had conventional rear doors and could be had in either rear- or all-wheel drive. A variety of V6 and V8 engines were offered depending on the market, but the R-Class was either too expensive for minivan buyers or they ended up getting an SUV instead.

But the crazy guys with families and money to spare were immediately drawn to the AMG version, which premiered at the 2006 New York Auto Show. Power came from a handbuilt naturally aspirated 6.3-liter V8 with 503 horsepower and 465 lb-ft of torque. There was no RWD version, so the seven-speed AMG Speedshift automatic transmission sent power to all four corners through the 4Matic all-wheel drive system. 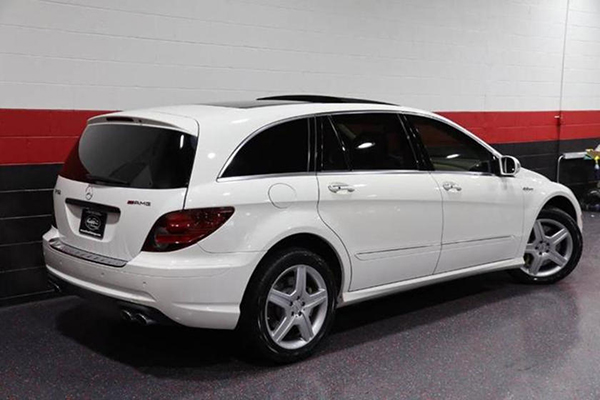 This is the same powertrain from the ML63 AMG and GL63 AMG. Whoever at Affalterbach figured it’d be a good idea to stuff this setup into a minivan deserves a winning lottery ticket. The van’s top speed was electronically limited to 171 mph with the optional AMG Driver’s Package and managed the 0-62 mph sprint in a spectacular-for-the-time 4.6 seconds. 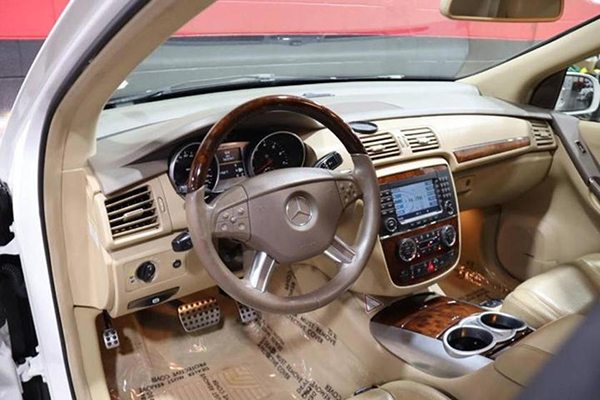 Handling wasn’t the best, but who cares? Where else could you get a stock 500-hp minivan with three rows of seats? Sadly, only 200 examples were built globally for its single model year run. Sales were slow mainly due to lack of advertising. It was also a hard sell with an MSRP of $88,175. Just 30 examples were brought and sold in the US. This is one of them. 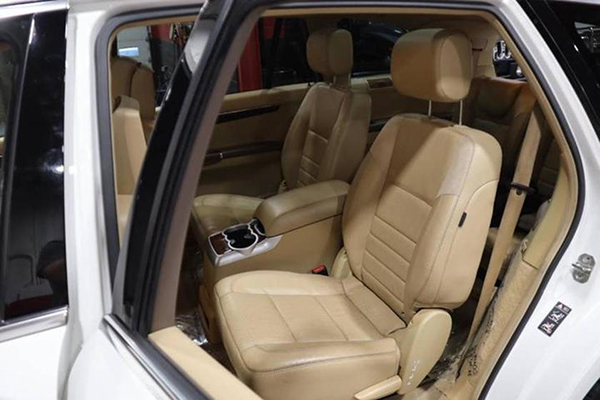 Up for sale at iCars Chicago is this one-owner, accident-free 2007 R63 AMG with 163,241 verified miles on its clock. It features a number of upgrades including the Premium 3 and Rear Seat Entertainment Packages, heated rear seats, wood and leather steering wheel, iPod integration kit, and bi-xenon headlights. It’s been recently serviced and includes the original owner’s manual and two master remote keys. The price? Just $31,988.