Throughout the years, AMG has taken some terrific Mercedes engines and tuned them to perfection. Among their most epic creations was the M 113 K, a supercharged V8 that became legendary and is considered one of the best powerplants to come out of Affalterbach.

In 1999, DaimlerChrysler AG (as Mercedes-Benz’s parent company was called at the time) purchased 51% of AMG shares, and the aftermarket specialist was renamed Mercedes-AMG GmbH.

Back then, the best V8 you could fit in a standard Merc was the 302-hp (306-PS) M113 5.0-liter which came in range-topping models such as the SL500, CL500, or the E500. It featured an aluminum block with single overhead cam heads made from the same material with three valves and two spark plugs per cylinder.

AMG took this engine and created a performance version that gave birth to the line of “55” performance models. Its displacement was enlarged to 5.4 liters and among the upgrades were a forged crankshaft or reinforced conrods with modified journals. Piston stroke increased from 86 mm to 92 mm, and the cylinder heads were revamped, receiving lighter camshafts with more aggressive profiles and stiffer valve springs. Moreover, a larger intake manifold and a high-high-flow exhaust system helped early versions of the engine produce between 342 and 367 hp (347-372 PS), depending on the model. 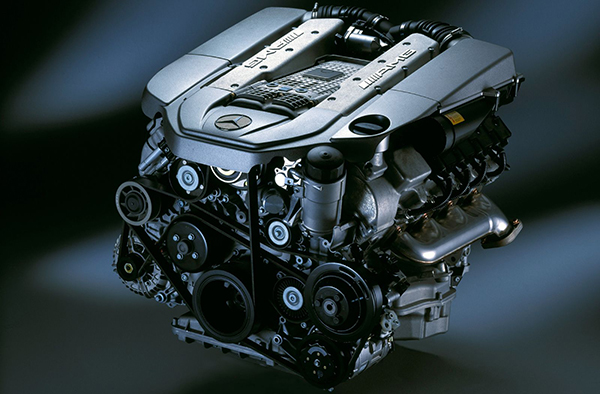 Some Mercedes tuners like Kleemann USA or even AMG itself developed supercharger systems for this engine, which made it even more capable. The engineers decided that such a design was feasible for the next iteration of the powerplant, and thus the M133 K was born.

As you may or may not know, Mercedes was the first carmaker to install superchargers (which are essentially air compressors) on a mass-produced car back in 1921. These vehicles have been using the “Kompressor” nameplate ever since, and that’s where the K originates from.

Exclusively available on the new AMG 55 models and hand-assembled in Affalterbach, the unit featured a 2.1-liter twin-scroll supercharger and air-to-water intercooler. Its displacement was consequently enlarged to 5.5 liters, and the compression ratio was lowered to 9:1 as opposed to 11:1 in the naturally aspirated version. 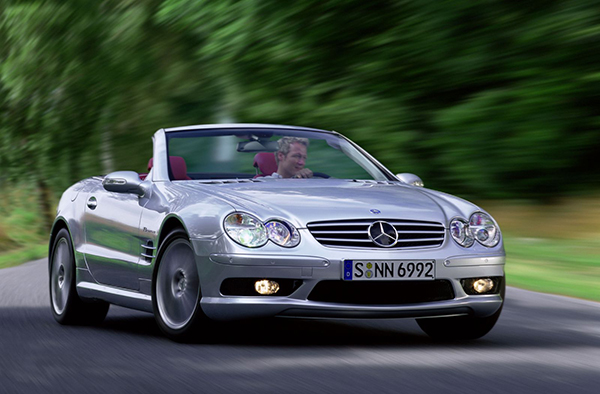 The supercharger received an electronically actuated clutch and a recirculation flap that bypassed the device when it was not in use.

But the M133 K received more than forced induction. The heads were slightly redesigned, the piston stroke was increased from 86 mm to 92 mm, and the connecting rods and wrist pins were made even stronger.

It debuted on the 2003 model year AMGs, and the S55 was the first to receive it. In the E55 it was rated at 469 hp (475 PS), but in reality, it produced closer to the aforementioned figures. Many speculated that Mercedes made this move to draw potential customers to the more expensive models, which were marketed as being more powerful.

The most rabid M113 K version was fitted on the limited-edition CLK DTM AMG. It received a host of upgrades courtesy of the HWA racing division, which boosted power to 574 hp (582 PS) and 590 lb-ft (800 Nm) of torque.

A favorite among AMG enthusiasts for its smooth ad torque-heavy demeanor, this legendary engine is considered a Mercedes-AMG masterpiece and the best Kompressor variant ever built. It’s also revered for its virtually bombproof reliability, with many high-mileage units still working flawlessly almost two decades after they were built.