The Mercedes-Benz R-Class wasn’t a hit with buyers (to put it mildly), so it’s no surprise that it wasn’t replaced when it was phased out. However, a new report has revealed that it could effectively be “reborn” as an all-electric SUV. 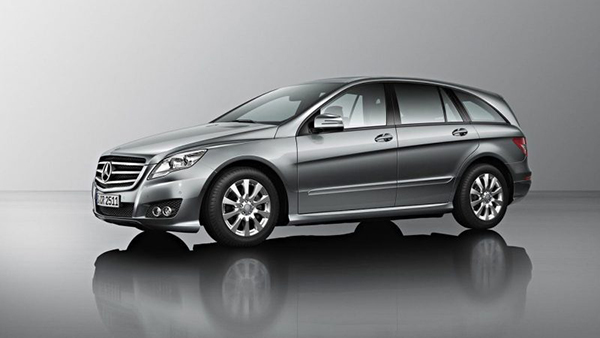 It is claimed that the GLR, as it is known, is a product left behind by AMG boss Tobias Moers before he left to become Aston Martin‘s CEO. The name remains unconfirmed, and since this is reportedly going to be all-electric could very well be changed to EQR for production. Names aside, this SUV is shaping up to be something very special.

As per a report from Car Magazine, the Mercedes-AMG GLR will utilizes a 105 kWh battery pack that uses graphene-based metal-free, liquid-cooled round cells and is designed for 350 kW fast-charging. The SUV will be powered by a trio of electric motors that combine to produce 1,006 hp and 996 lb-ft (1,350 Nm) of torque.

It is claimed that the front axle will use a single-speed direct-drive system, while the rear will support a two-speed transmission, similar to the one used in the Porsche Taycan. At this early stage, no more details are known.

Whereas many automakers are venturing into the world of electric vehicles with record-breaking hypercars, there aren’t quite as many looking to release SUVs with supercar levels of performance. A potential rival to the rumored Mercedes-AMG GLR/EQR would be a production version of the Pininfarina Pura Vision SUV that may also pump out around 1,000 hp.