The world of esports is growing at an impressive pace, and the living proof is the focus carmakers out there are paying these days to the world of virtual racing. 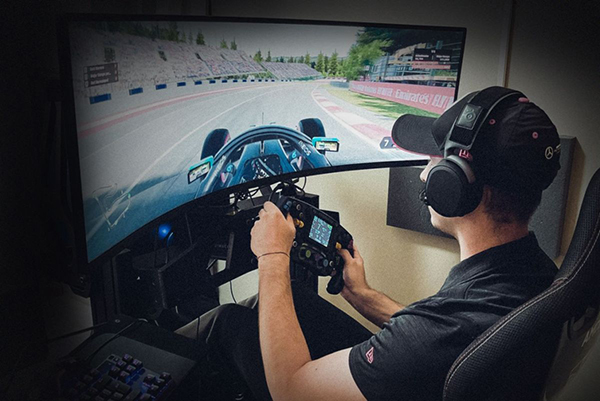 One such example is the Mercedes-AMG Petronas Esports Team, which is making quite a big deal out of competitive virtual racing. To make sure it has the necessary hardware to demonstrate its skills, the group has turned to AMD for gaming rigs.

In other words, AMD will provide the Mercedes-AMG Petronas Esports Team with the latest in terms of hardware and software, just to make sure the members wouldn’t be slowed down by the devices they use during virtual racing.

The gaming rigs will include AMD Ryzen 7 5800X processors and AMD Radeon RX 6900 XT graphics, as well as a suite of software tools supposed to provide additional optimizations, including the Radeon Software suite to guarantee ultra-low gaming latency.

And that’s not all. AMD will also equip the entire Mercedes-AMG Petronas Esports Training Facility with gaming hardware because, you know, these people need a place to train, and this place needs just the best hardware in the first place. The Brackley, U.K. facility is projected to launch later this year, so AMD hasn’t yet decided which rigs it’s going to offer.

If you’ve been keeping an eye on AMD’s adventure in the automotive industry, you probably know this isn’t the first partnership between the tech company and Mercedes-AMG.

The hardware maker has previously signed a partnership with the Mercedes-AMG Petronas Formula One Team to equip the staff with the necessary computing power to run their simulation and performance analysis systems.

AMD provided the F1 team with access to its commercial solutions, including AMD EPYC server processors and AMD Ryzen PRO laptop processors, all featuring a series of optimizations that allowed flawless performance for F1 computing operations.