Mercedes-AMG High Performance Powertrains, the U.K.-based operation that develops and builds the high-tech hybrid powertrains for the six-time world champion Mercedes F1 team, has helped get a breathing aid for seriously ill COVID-19 patients ready for production in just 13 days. 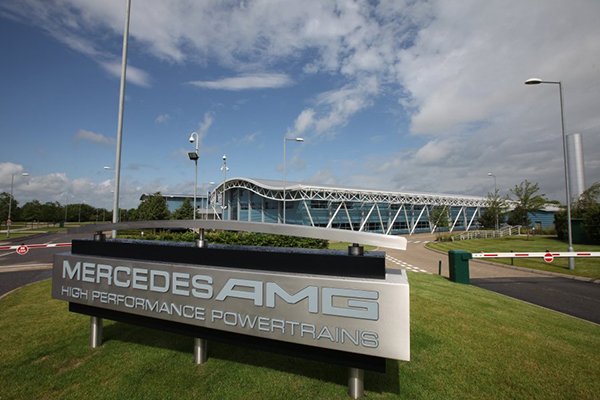 CPAP devices are already used in hospitals but are in short supply. The devices, which deliver oxygen under pressure to help keep the lungs inflated, are described by UCLH critical-care consultant Professor Mervyn Singer as a halfway house between a simple oxygen mask and mechanical ventilation, which requires seriously ill patients to be sedated while a tube is inserted into their airway.

Reports out of Lombardy in Italy, a region hard hit by the virus, indicate about half the patients treated using CPAP devices did not require mechanical ventilation.

UCL and Mercedes-AMG HPP engineers reverse-engineered an existing CPAP device that was no longer protected by patents. A working prototype was produced in 100 hours, and 100 devices have been delivered to UCLH and three other London hospitals for clinical trials.

If the trials are success, Mercedes AMG HPP says it can start producing 1,000 of the devices a day, starting a week from now.

In addition to reverse engineering existing medical devices, the teams said they are pooling their resources to help facilitate the increased production of existing ventilator designs, and the development of a new ventilator design, leveraging the core skills of the F1 industry: rapid design, prototype manufacture and testing, and skilled assembly.