This is the redesigned 2023 Mercedes-Benz GLC 300, and it’s a vital redesign for Mercedes, because the GLC-Class is the company’s best-selling model. We’re seeing the new SUV in its base GLC 300 (rear-wheel drive model) and GLC 300 4Matic trims first, but Mercedes has already told us that the usual follow-up models are coming. Expect a plug-in hybrid (with a much bigger battery and far more electric range) to launch for 2024. Plus, AMG variants will be joining the fray later, too. 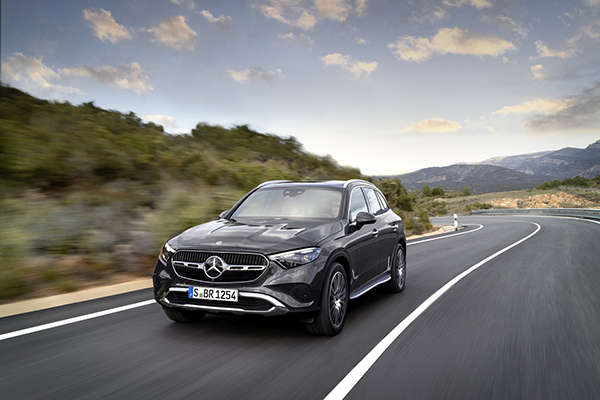 This is the new, second-generation Mercedes GLC, and while much of the brand’s focus of late has been on its future all-electric cars, the combustion-engined GLC remains incredibly important for Mercedes; it’s the brand’s biggest seller, having shifted 2.6 million cars globally.

Every version of the new GLC is electrified, with 48-volt mild-hybrid technology joined by a trio of plug-in hybrid options that offer up to 62 miles of electric range. There’s no all-electric version of the new GLC; the EQC SUV will continue in that role for a little longer before a bespoke electric SUV takes its place in a few years. 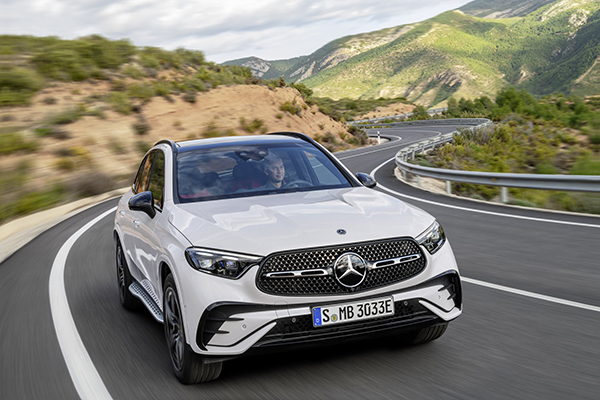 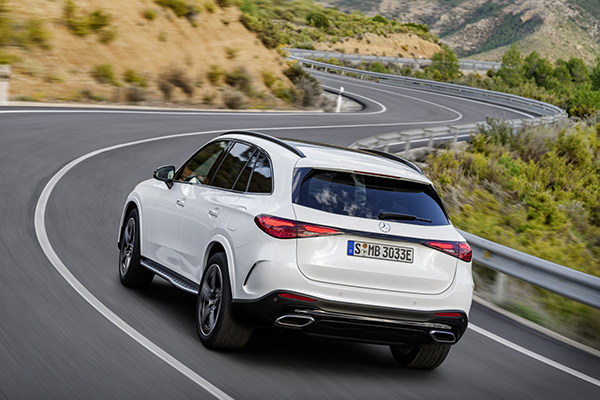 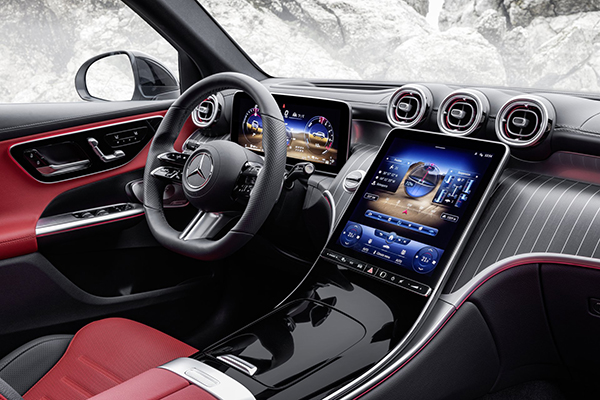 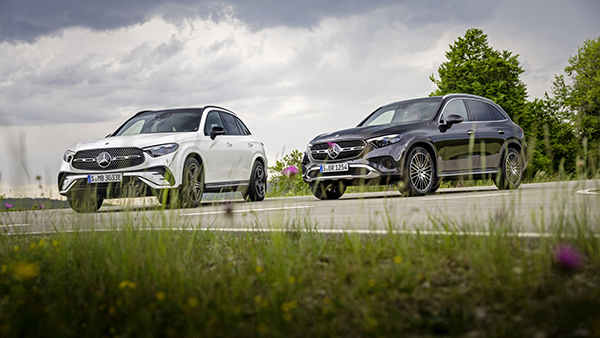 These three versions of the GLC all come with a new, second-generation version of Mercedes’ 48-volt mild hybrid tech, but the level of electrical assistance is still minor. Electric-only running isn’t possible, and instead the system enables seamless engine-off coasting at speed and an electric boost of up to 23bhp, which can help reduce the load on the engine under hard acceleration.

However, it’s the new plug-in hybrid technology that really advances this new GLC’s powertrain offerings. Two petrol-powered models are joined by a plug-in diesel option. All use the same 31kWh battery, alongside an electric motor with 134bhp and 440Nm torque. Mercedes claims that each model can cover more than 62 miles on battery power alone at speeds of up to 87mph. 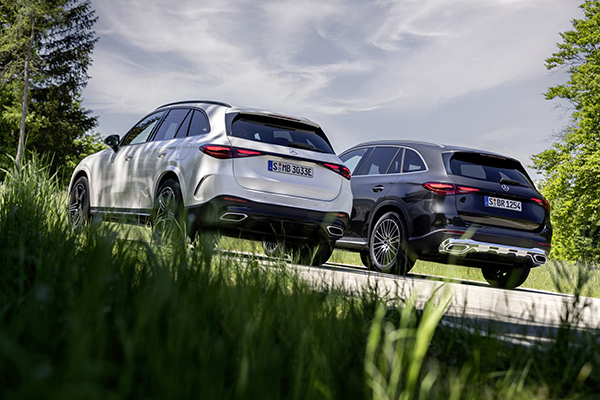 The GLC 300 e 4MATIC uses the same 2.0-litre four-cylinder petrol engine as the GLC 200, rated at 201bhp. Combined with the electric motor, maximum output stands at 309bhp and 550Nm. A more powerful petrol plug-in option exists in the form of the GLC 400 e 4MATIC, which has 376bhp and 650Nm, enabling 0-62mph in 5.6 seconds. These petrol plug-in hybrid models both offered claimed CO2 emissions from 14g/km, and combined with their all-electric range will sit in the eight per cent Benefit-in-Kind taxation band for 2022-23.

Mercedes has carved out a niche among premium brands for offering diesel plug-in power alongside petrol PHEV options, and the new GLC continues this tradition with the 300 de 4MATIC. A turbocharged 2.0-litre diesel engine is combined with the same battery and motor tech as its petrol-electric counterparts for a combined output of 242bhp and 750Nm. CO2 is claimed from 13g/km, again qualifying the diesel for the eight per cent BiK tax band rating.

Prices are yet to be confirmed, but expect the new GLC range to kick off from around £46,000 when it goes on sale later this year.