The current iteration of the Mercedes-Benz GLA-Class just arrived for the 2021 model year, and the brand already has a light refresh under development. The example in these spy shots wears minimal camo. 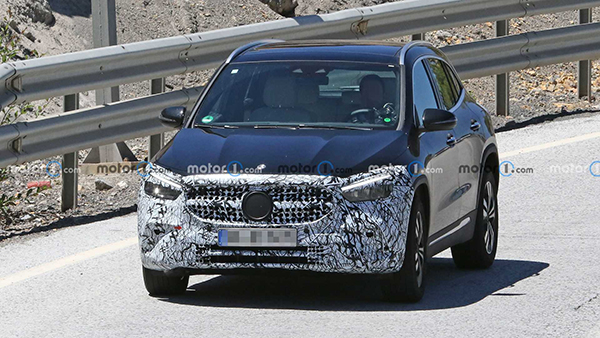 The GLA-Class has a re-sculpted grille with more of an oval shape in comparison to the current trapezoidal outline. The revised headlights seem rounder. The front fascia is under the heaviest camouflage, but the area appears to have more angular styling than the existing vehicle.

Oddly, the last refreshed GLA-Class we saw (gallery below) had a different grille than this one. That vehicle had an opening with a more trapezoidal shape for the outline. Also, the rear bumper garnish around the taillights lacked the metallic surround from the crossover in the latest pictures. One explanation for this is that we might be looking at different trim levels of the upcoming model. 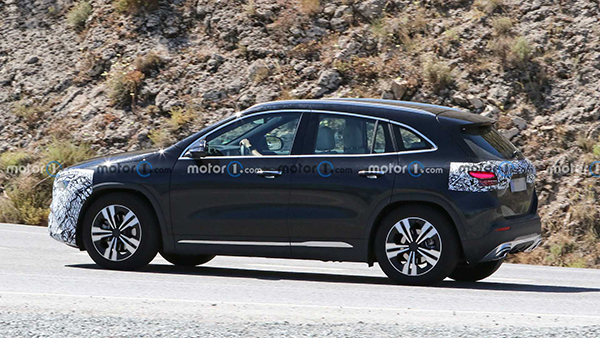 Along the sides, the GLA-Class doesn’t change at all. We can’t rule out Mercedes possibly offering some different wheel designs.

At the back, the only strip of camouflage spans the width of the rear. It’s hard to tell whether there are changes to the shape of the headlights, but the layout of the lamps inside them looks different. 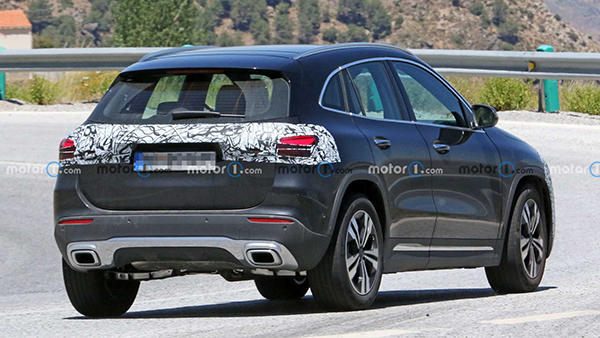 If the GLA-Class follows the changes we are seeing to the A-Class, then there might be small tweaks to the cabin. Revisions like a new steering wheel and infotainment screen bezel. It should run the latest MBUX software, too.
Powertrain revisions remain a mystery. Depending on the market, GLA-Class buyers already have lots of options. There are the standard models, high-performance AMG variants, and a plug-in hybrid. There’s even the EQA fully electric crossover.

In the United States, Mercedes reportedly plans to discontinue the A-Class in 2022 and CLA-Class in 2023. This leaves the GLA as its entry-level offering in the country. The automaker allegedly wants to move upmarket. Selling three small models sharing the same platform and powertrains doesn’t fit with this plan.

Outside of the US, Mercedes reportedly is working on models smaller than its compact offerings. They would include a tiny hatchback and crossover. Both of them might be EVs.