While most automakers only have eyes for the crossover, SUV, and truck segments, the EV revolution could represent a cool opportunity to rekindle the love for passenger cars, as well. 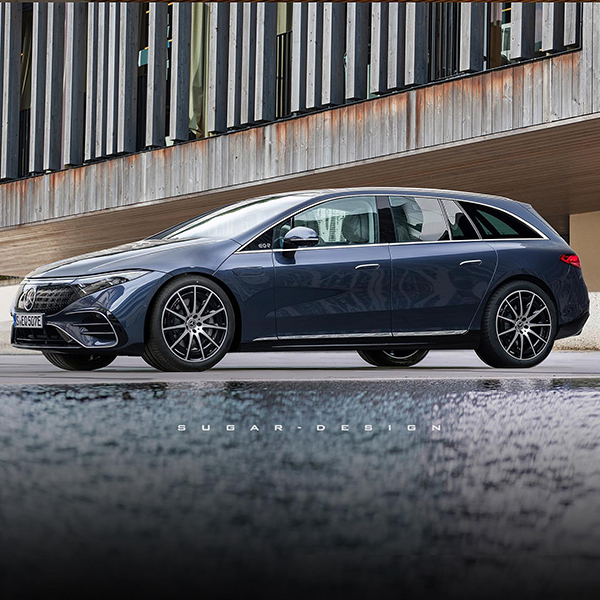 Many passenger car segments are dying or at least trying to rekindle the glory of former, brighter days. This could be said about minivans, station wagons, and more – especially in the United States. But how about luxurious MPVs, don’t they deserve a second chance, even if only virtually?

If a mass-market carmaker like Hyundai can do something cool with the Staria people carrier, for example, we can all be sure that luxury brands should be even more prolific, right? Well, who knows, but at least we have a digital example that does not look half bad.

And it comes from Sugar Chow, the virtual artist better known as sugardesign_1 on social media, who again interrupts his “Touring the world!” periplus because of an MPV idea. So, after he recently played with the S650 Mustang or a Honda Civic Type R Tourer and then morphed the Japanese Hot Hatch into a cool-looking three-door Coupe, now it is time for an MPV revival with a sustainable twist.

Remember the Mercedes-Benz R-Class full-size luxury minivan that looked more like a station wagon than MPV? Well, the series – which was produced in the United States – only lasted between 2005 and 2014 around the world, and even in China, it bit the dust back in 2017. A sure sign that it might still gather a little cult following, though, comes from the pixel master’s imagined revival.

Alas, it needs some new blood to get the digital heart pumping, so the CGI expert also thought that it would be perfect for a Mercedes-EQ reinterpretation. Thus, meet the Mercedes-Benz ‘EQR,’ a zero emissions MPV that takes the retro R-Class and makes it a modern EQ with help from idealized station wagon looks. So, does it get our CGI hall pass, or not?