Mercedes-AMG is moving from offering mild-hybrids to full-electric vehicles. Markus Schaefer, the R&D Chief of Daimler, confirmed that the high-performance division of the three-pointed star marque will be making juiced-up Mercedes-Benz EQ models. 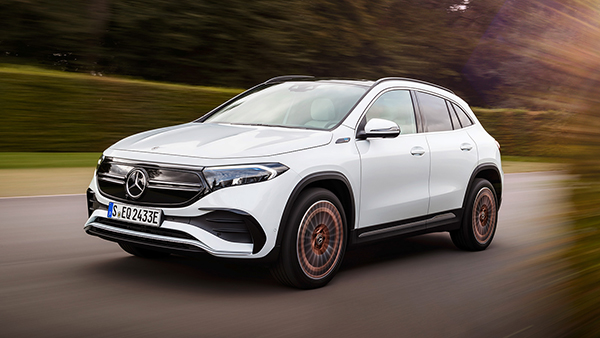 According to CarAndDriver, Schaefer revealed in a discussion that there are already AMG styling packages for the EQC and the recently-unveiled EQA. Then in the future, the EQ lineup will be getting full-fledged AMG versions as well. However, the exec cleared out that not every EV in the electric sub-brand of Mercedes will be receiving the AMG treatment.

The recently unveiled Mercedes-Benz EQA is currently available only in its EQA 250 trim with 188 hp. Its maker plans to introduce more models that include a 280 hp model. However, Schaefer explained that the said model will not bear an AMG badge.

In 2013, the Daimler subsidiary already came up with the Mercedes-Benz SLS AMG Electric Drive powered by four electric motors producing 740 hp. Due to the limitations of that time, the German automaker discontinued making full-electric AMGs. However, the automotive landscape changed a lot since then, and EVs are now pushed by major markets of the brand because they are seen as a cleaner alternative and no longer reliant on fossil fuels.

Also during the interview, Schaefer mentioned that Daimler’s chief designer, Gorden Wagener, is assigning designers to each of Mercedes’ sub-brands as a way to boost their profiles. Under the new setup, Robert Lesnik will helm AMG, Hartmut Sinkwitz will be responsible for Maybach, and Steffen Kohl will chair the EQ line.