It is no secret that an AMG-badged variant of the Mercedes EQS is around the corner and our loyal Carscoops reader Ross recently snapped a prototype at an Ionity charging station south of Stuttgart, Germany. 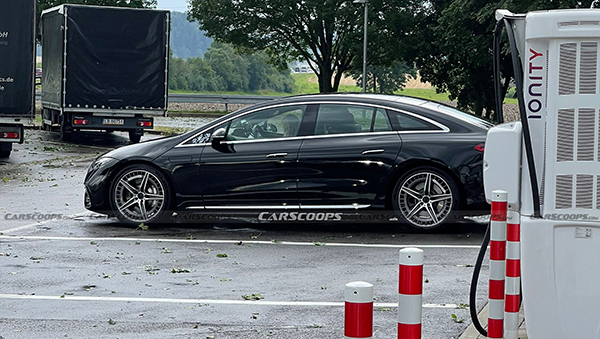 Just like a recent Mercedes-AMG EQS prototype spied by our own photographers recently, this prototype only had small areas of bodywork covered by camouflage, namely the rear fascia and front fascia (not pictured). There’s also a tiny bit of camouflage on the A-pillar, perhaps to hide an AMG badge.

The most intriguing part of this EQS is the wheels which are clearly quite distinct in their design from standard EQS models. Each of the wheels has tape over small sections of the inner rim, believed to be hiding AMG badges. 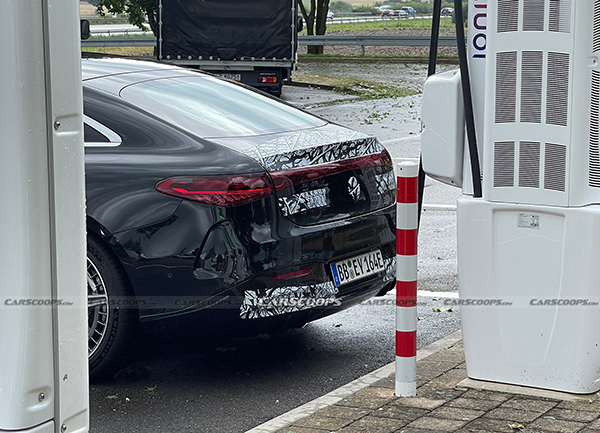 Now, it is worth pointing out that there is no guarantee this is a full-blown AMG variant of the EQS as the visual modifications made to it are so subtle that most wouldn’t be able to pick it apart from a standard model. It is also lacking the beefed-up brake calipers of another recent prototype and doesn’t have the same cross-drilled front calipers.

Based on trademark registrations recently made by the automaker a number of AMG models could be launched, potentially dubbed the EQS43, EQS53, and EQS63. The ‘43’ and ‘53’ will probably only benefit from a handful of changes from the standard model while the EQS63 promises to be the highest-performance variant with a claimed 715 hp.