On the face of it, the CLS doesn’t make a lot of sense, because buyers are forced to pay a premium for a car that’s less usable than the model it’s based on. But the CLS isn’t impractical; it may be a saloon, but its boot is actually of a generous size, at 520 litres. Owners say it makes lots of sense thanks to the luxury and exclusivity it offers. While this is very much a premium car, it can be quite frugal if you go for a small diesel engine. But for the best experience we’d pick nothing less than one of the excellent V6s, which make the CLS something to really savour. 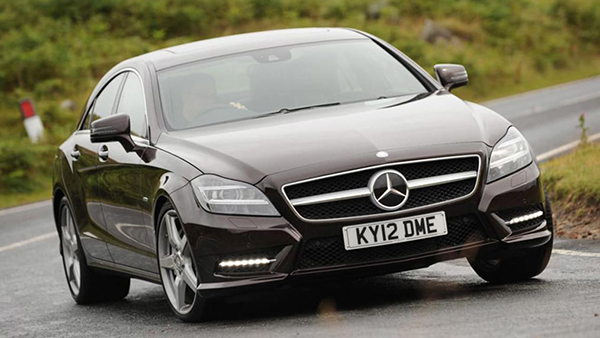 It’s often said that there’s nothing new under the sun, and that’s certainly the case where the Mercedes CLS is concerned. The brand launched the first-generation CLS in 2004 and it was credited with being the first four-door coupé, but in reality the Rover P5 had got there more than 40 years earlier.

But who cared when the new arrival looked this good? The first CLS became a real success for Mercedes, so unsurprisingly the firm introduced a second-generation car, which like its forebear was based on the contemporary E-Class. This time there was also a swoopy five-door estate called the Shooting Brake, and both are crackers. 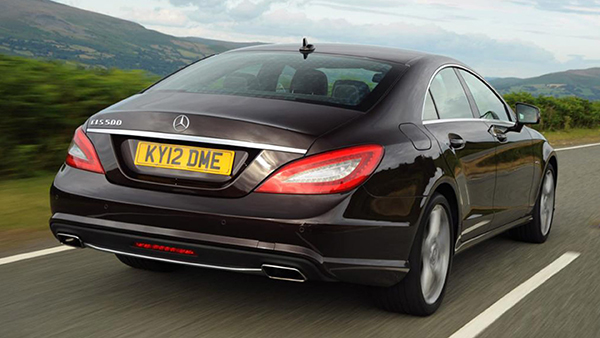 A monstrous AMG edition joined the line-up a few months later: the 518bhp CLS 63 with a twin-turbo 5.5-litre V8. Then the CLS Shooting Brake was launched in November 2012 in 250 CDI, 350 CDI and 63 AMG forms, with a powered tailgate and self-levelling rear suspension as standard. 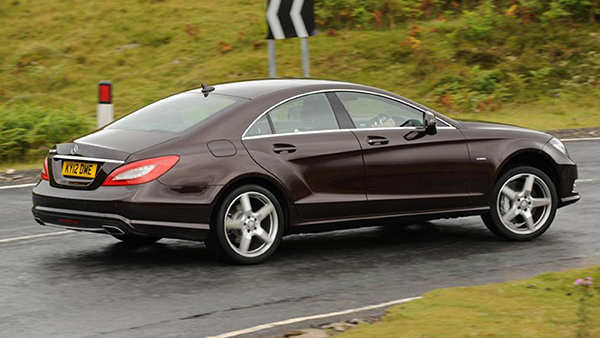 Which one should I buy?
The CLS 63 AMG is a fabulous car, but it offers little extra in the real world over the six-cylinder models, which are refined and relatively frugal, especially the 350 CDI. The 250 CDI is okay most of the time, but the engine is coarse and the extra muscle of the 350 CDI makes it the go-to model.

There was just one trim level for the facelifted CLS (AMG Line), with Premium (electric glass sunroof, reversing camera, electrically adjustable front seats) and Premium Plus (the above, plus upgraded multimedia) option packs instead. 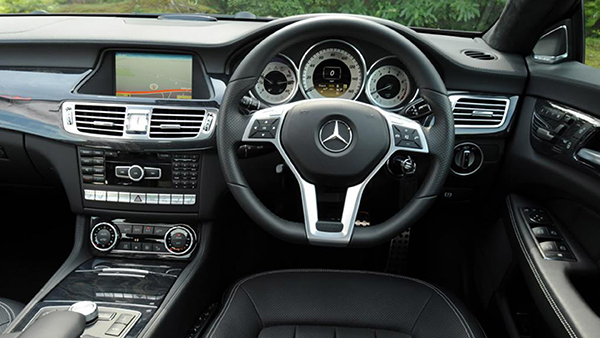 Alternatives to the Mercedes CLS
Potentially the CLS’s biggest rival is the Mercedes E-Class, which has a wider model range, is cheaper to buy and more plentiful, but is not as stylish. The Audi A7 also offers pretty tough competition, because it’s got a superb cabin, some impressive engines, excellent build quality and hatchback practicality – something the CLS coupé can’t offer, although the Shooting Brake arguably circumvents this shortcoming.

The BMW 6 Series Gran Coupé is another direct CLS rival, and its sharp handling, styling and interior are compelling. The Porsche Panamera leads the class in terms of sheer driving pleasure, comes with some fabulous engines, and is even more sumptuous than the Mercedes, but Porsche purchase and running costs are high. 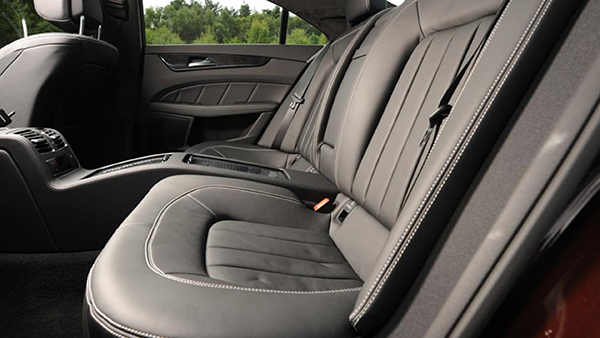 Bluetooth
The car’s infotainment system works well, but pairing some phones via Bluetooth can be problematic.

Gearbox
All CLSs come with a seven-speed automatic transmission, apart from the CLS 350d, which gets a nine-speed unit instead.

Towing
If you want to tow with your CLS, you’ll have no choice but to buy a Shooting Brake model, because the saloon isn’t homologated for towing.

Alloy wheels
The ride is very firm with 19-inch wheels so go for 18-inch rims instead, or a car that’s fitted with Airmatic air suspension.

Interior
The cabin has the ambience of an S-Class rather than an E-Class, with premium materials everywhere. The dash is busy because there’s so much standard kit, but it doesn’t take long to get to grips with it all. There’s no third rear seat, but four adults can fit comfortably despite the sloping roofline. Boot space is excellent, at 520 litres, but not all cars come with a folding rear seat, which is worth having. 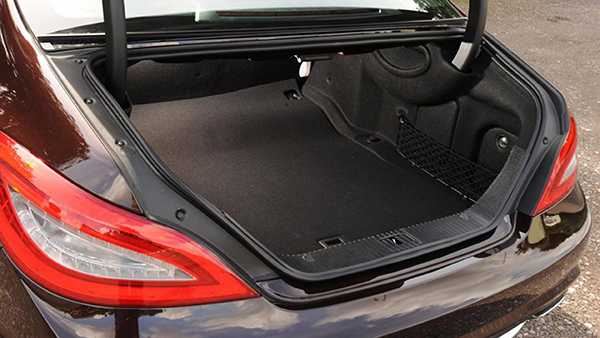 Running costs
The CLS Mk2 has to be serviced every 12 months or 15,500 miles. Check-ups alternate between minor and major, at £290 and £439. The major includes a new key fob battery and pollen filter; fresh brake fluid every two years adds another £99, while a new air filter costs £118 and a replacement fuel filter is £177. There are no cambelts to replace, while long-life coolant only needs renewing every 15 years or after 150,000 miles, at £300.

Recalls
There have been 12 recalls for the CLS, many of which affected multiple Mercedes models. In October 2011 airbag glitches caused a campaign, then came a pair of recalls for potential fuel leaks, plus another pair for fire risk from an engine-bay seal contacting the exhaust. A single CLS was recalled in December 2012 due to a failed bonnet catch, while faulty software caused four recalls, two of which were linked to emissions.

Driver Power owner satisfaction
The CLS hasn’t appeared in any Driver Power surveys, but the E-Class on which it’s based is a regular in our used-car poll. Last year the E-Class Mk4 was 29th after a sixth place in 2018. High scores for fit and finish, safety, reliability and infotainment should all apply to the CLS. That’s backed up by owner reviews on Carbuyer.co.uk, which give an average score of 4.8 out of five.