The Mercedes-Benz CLS-Class may not be our favorite vehicle in the Stuttgart automaker’s stable (far from it), but we’re happy to report the sharklike four-door coupe is getting a big tech update. When it goes on sale next year, the 2021 Mercedes CLS will boast the automaker’s latest infotainment system, which incorporates touch controls and is dubbed MBUX. 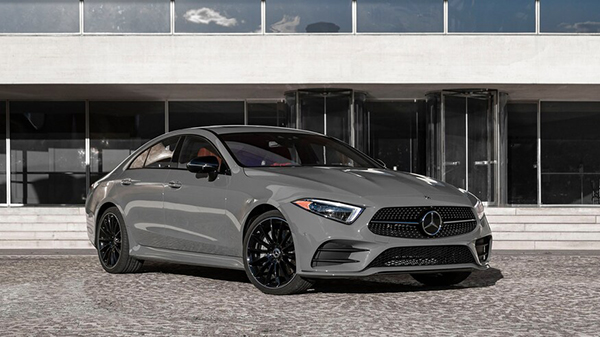 Benz’s newest infotainment system also boasts natural language understanding (you can belt out commands by saying “Hey, Mercedes!” followed by a query) and artificial intelligence. It can learn your driving behavior and anticipate your needs before you do. For example, the system may recognize you call your mother every Tuesday, and will proactively pull up the number for you that day. As far as we know, it cannot tell whether you haven’t called your mother recently, and therefore will not tattle on you—a definite plus.

The system operates through two 12.3-inch screens on the dashboard. On the ’21 CLS, MBUX also offers augmented reality technology for the navigation system. Key information such as arrows, house numbers, and traffic light data is superimposed directly onto the image in the media display. Drivers can also use gesture controls to operate certain functions in the cabin, as in some modern BMWs.

Here at MotorTrend, we’ve given the system mixed reviews (we’ve used it on other Benzes). Even though the touchscreen and voice commands work well, it can be hard to sift through the various submenus if you really have to probe beyond basic audio, phone, and navigation functions. And some may find the mini-touchpads on the steering wheel (which you can use to manipulate MBUX) a bit finicky. That said, MBUX is a big upgrade from Mercedes’ old knob-controlled, non-touch COMAND system. Over time, Mercedes continues to upgrade MBUX, too, so it may improve yet.

In addition to the new multimedia system, the 2021 Mercedes-Benz CLS gets two new paint colors: Mojave Silver and Cirrus Silver. Other than that, the sedan’s slinky looks haven’t changed inside or out, nor have its mechanicals. That’s a shame, because as we’ve noted in past reviews, the CLS suffers from poor body control and massive power understeer, though neither likely matter much to the Benz’s style-conscious target buyers. Look for the 2021 Mercedes-Benz CLS and sportier Mercedes-AMG CLS53 to arrive in dealerships by late 2020, with prices being announced closer to that time. Expect to pay somewhere north of the current model’s $70,945 starting price.