Mercedes-Benz CLA-Class lineup is undergoing a makeover. Over the last few months, our spy photographers have captured the car out testing, and the latest images show off the CLA Shooting Brake. Patches of camouflage hide the subtle styling changes coming to the car, which are concentrated on the front and rear fascias. 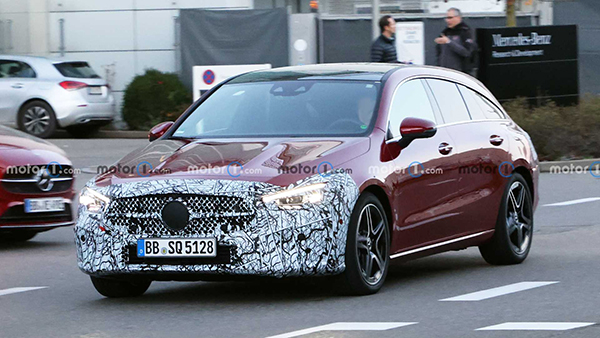 The shooting brake will receive a new face with minor styling changes, such as a reshaped bumper and a tweaked grille. The camouflage at the rear only hides the taillights, which, like the headlights, will receive new internal graphics. If the A-Class update is any indication, the CLA revamp will focus on updating the exterior, which the camouflage conveniently hides.

There aren’t any photos of the car’s interior, but glimpses of the cabin don’t show Mercedes trying to hide it. That likely means the company isn’t changing much of anything, with the dual-screen layout staying. One change Mercedes could make to the interior is the center console, which the company tweaked with the A-Class. The car will also receive the automaker’s latest MBUX software. 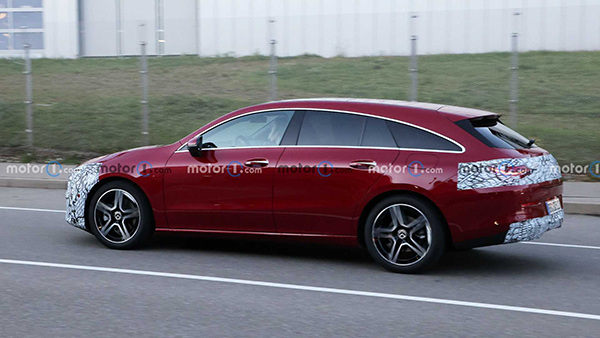 Bigger changes are coming under the hood. Mercedes will electrify the CLA’s lineup of engines with a 48-volt mild-hybrid system, pairing the various powertrains to either seven- or eight-speed gearboxes. The electric boost should translate into more power and improved performance for the CLA. We expect the hotter AMG CLA variants to return with the mid-cycle redesign, with the CLA 35 getting a hybrid setup and the CLA 45 likely making up to the same 416 horsepower (310 kilowatts) as the revamped A-Class. 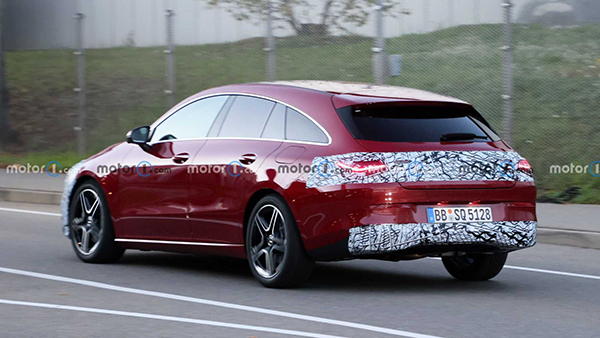 The second-generation CLA Shooting Brake debuted in 2019, which isn’t too old. However, Mercedes is updating it anyway, bringing its design more in line with the rest of the company’s ever-evolving lineup. The end of the year is quickly approaching, so Mercedes is racing the clock if it plans to debut the revamped CLA lineup this year. If 2022 comes to a close, we shouldn’t have to wait too long into 2023 for the reveal.