The latest C-Class is a convincing tool in many ways – especially its beautifully finished cabin and well-integrated technology. The estate variant is more practical than ever too, and probably enough car for most uses. But regardless of market trends, we’d find it hard to recommend this turbo petrol edition over a diesel version that delivers extra lugging power and is, to all intents and purposes, every bit as refined. 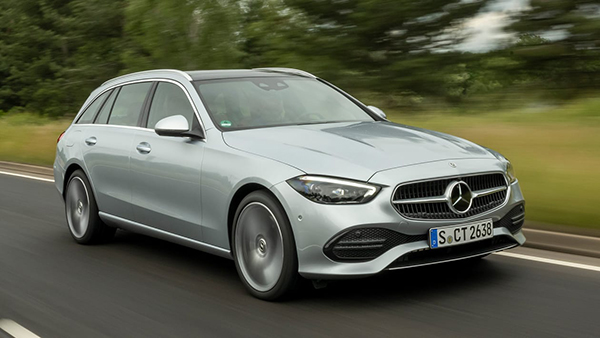 The Mercedes C-Class Estate has always been quite comfortable in its own skin within the compact executive estate class. With less demand on dynamic prowess than its saloon stablemate, the Merc has sold well on looks, kit, comfort and refinement – even if it has never been the outright king on practicality.

Now there’s a new version of the car, arriving alongside the new saloon instead of after the usual six-month delay. And we’ve had a chance to drive a left-hand-drive edition on UK roads. 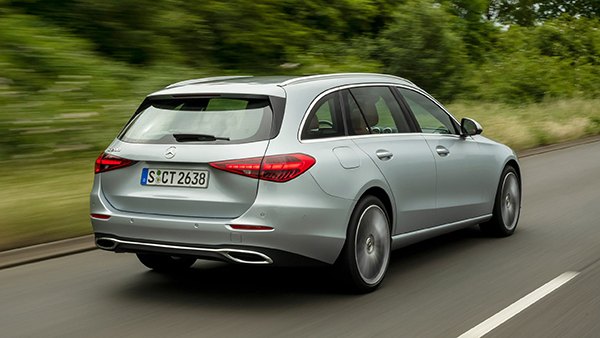 The new C-Class wagon uses a heavily updated version of the previous car’s Modular Rear Architecture platform, with reconfigured suspension, springs and dampers. At launch the car will be available with a choice of three engines – the C 200 petrol that we’re trying here, and a pair of four-cylinder 2.0-litre diesels, badged C 220 d and C 300 d.

The C 200 is actually a 1.5-litre unit, part of Merc’s latest line-up of four-cylinder engines, and it gets 48-volt mild-hybrid assistance as standard. The system soaks up energy that would otherwise be lost under braking, then feeds it back through a starter/generator to assist the engine under acceleration, and allow longer stop/start intervals with engine-off coasting on motorways. It produces 201bhp and 300Nm of torque, and this is fed to the rear wheels via a nine-speed automatic transmission. 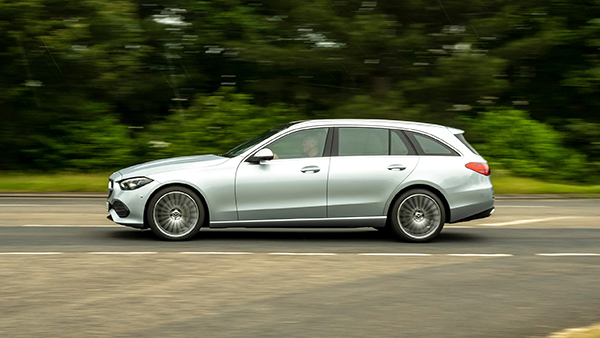 In some respects the powertrain makes a decent case for itself, in that the C 200 doesn’t feel slow (0-62mph comes up in a claimed 7.5 seconds), and the gearbox is excellent at delivering smooth shifts. When you’re up to speed and cruising along, it’s pretty hushed, too – complimenting the good wind and road noise isolation in the cabin.

Move away from motorways onto anything approaching a twisty road, though, and you might find the engine a little short on mid-range performance. If you’re trying to make swift progress, then, the gearbox will resort to kickdown to deliver the required punch, revealing a slightly unrefined edge to the small capacity four-cylinder unit, as found before in the previous-generation car. Thinking of the likely uses for an estate, it might start to get tiresome if you’re carrying a full load; diesel power would seem a more natural fit, especially given how refined the new C 220 d is. 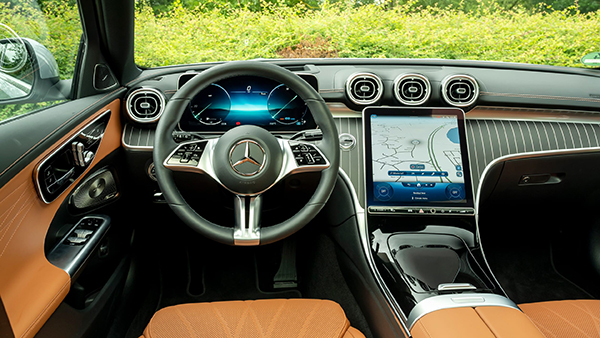 There’s better news on the chassis front, because this C-Class really does have a broader range of abilities in this area than before, to the point where this is no longer an obvious area of superiority for the BMW 3 Series. We have to add a caveat here – our German test car had adaptive dampers that won’t be available in the UK. But on this spec at least, Merc’s offering is probably more comfortable than any of its rivals; the suspension does a great job of dialling out UK road scars.

Where the gains have really been made is in body control and handling. This is an executive estate, so it’s not the last word in agility, but the steering is direct and nicely weighted, and the C-Class feels keen to respond to inputs, and if you push the aforementioned dampers into Sport mode, it’s able to stay flat in corners unless you’re really provoking it. Our car also had rear-wheel steering – another option not heading to the UK as things stand – so we’re doubly keen now to see how the configuration holds up without this tech. 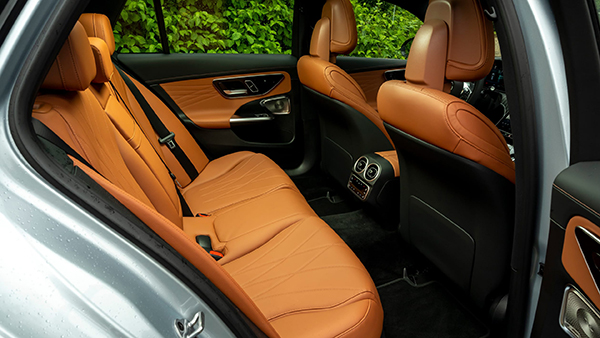 All versions of the C-Class in the UK get the larger of the available displays on the dashboard – so a 12.3-inch digital instrument panel, and an 11.9-inch portrait-layout touchscreen for infotainment in the centre console. The system is more thorough and potentially complex than ever, and it’s worth noting that Mercedes is persisting with the idea that its own smartphone application can rival the sort of lifestyle integration that comes with Google or Apple – everything from your calendar to your music choices. You’ll decide who you want to own and manage your data, of course.

In raw terms, the displays are ultra-crisp and the processors running the system are more than up to the job. The interface is busy – inevitable, really, given the amount of functions controlled through the screen – but some of the key processes can also be handled by the ‘Hey Mercedes’ voice command, and while it’s not perfect, it’s getting better with every iteration. 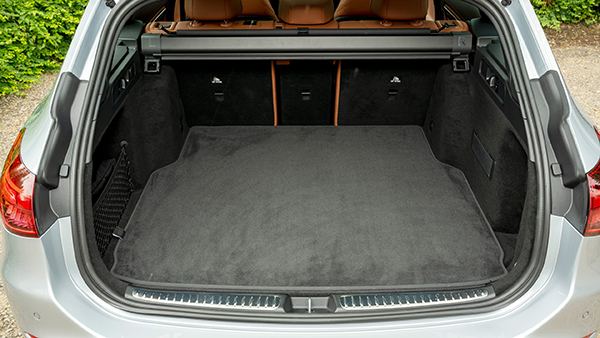 The rest of the cabin is a tour de force on quality, with beautiful high-grade finishes in all of the key places; it’s here where the C-Class definitely feels like a class leader. As for practicality, the wheelbase has stretched a little but not by enough to make the rear cabin genuinely spacious for anyone approaching six feet tall; they’ll be fine on headroom, but are likely to grumble about sore knees on all but short journeys.

The boot, meanwhile, grows by 30 litres compared with the outgoing model, so the capacity is now 490 litres with the rear seats in place, and 1,510 litres with them folded down. That means the C-Class is just 10 litres shy of the BMW 3 Series Touring with passengers on board, and a direct match in full load-lugging configuration. The loadbay gets some moulded-in hooks, a 12V socket and a switch to lower the rear seats remotely – but a few extra ways of securing loads wouldn’t go amiss.