The all-new 2022 Mercedes-AMG SL is finally here and it was well worth the wait. Returning to its sports car roots, the AMG SL replaces the AMG GT Roadster, but the AMG GT Coupe will soon be redesigned for a new generation and be built alongside the SL. Speaking with Road and Track, Mercedes design chief Gorden Wagener is keen to stress that both models will offer distinctly different experiences. Whereas the SL features a 2+2 layout and a fabric roof, the new AMG GT will only be offered as a fixed-roof two-seater coupe. 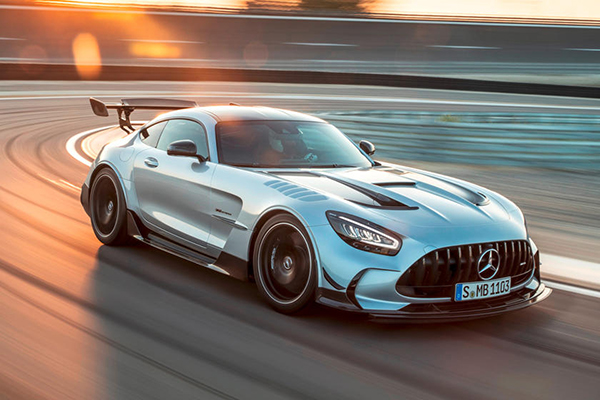 Although this is the first time the SL has been exclusively available as an AMG, it can still be used as a comfortable luxury cruiser as Wagener revealed some buyers find the GT too harsh to use as a daily driver.

The range-topping SL 63 will come with AMG Active Ride Control air suspension with hydraulic anti-roll stabilization and is optional on the SL 55. This setup replaces traditional anti-roll bars with hydraulic units for a smoother, more stable ride. “The GT of course obviously is more of a race car or sports car,” Wagener explained. “And I mean this new SL is a true sports car, definitely. But also I mean with air suspension and all the possibilities you have, you can turn it from a cruiser to a race car with the click of a button.”

Wagener revealed the new SL will be underpinned by the same platform and share some components as the next-generation AMG GT. Coupled with an AMG Performance 4MATIC+ fully variable all-wheel drive system, the new SL is powered by a 4.0-liter twin-turbo V8 producing 577 hp. This unit will likely carry over to the new AMG GT with more power.

However, the AMG GT’s interior will have a different layout. As standard, the new AMG SL is equipped with an 11.9-inch portrait screen with the latest MBUX infotainment system that can be electronically adjusted from 12 to 32 degrees and a 12.3-inch digital instrument cluster. This tech should carry over, but we expect the interior layout will be more driver-focused.

Wagener added that the new GT will lack some of the SL’s driver assists and electronic features because it is a “pure driving car” designed to set blistering lap times and take on the Porsche 911. Wagener hopes this distinction will allow the new AMG SL and AMG GT to co-exist without cannibalizing sales. Mercedes-AMG hasn’t confirmed when the new GT will arrive, but a 2022 debut seems likely as the hardcore 2021 AMG GT Black Series marks the end of the current model’s lifecycle.