It’s called M139, and it is a monster hiding in the cylinders of a 2.0-liter engine. It’s made by Mercedes-AMG, who describes it as being the “world’s most powerful four-cylinder engine in series production.” And now, thanks to Brabus, it’s getting even more powerful. 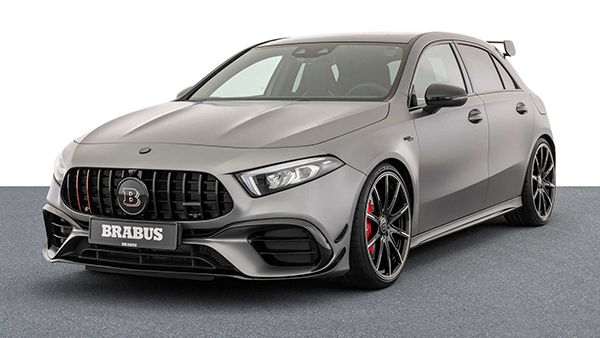 I know what some of you might be thinking – Why is it called the “B45” when it’s based on the A-Class rather than the B-Class minivan? Well, the letter “B” stands for the tuner’s initial as Brabus typically renames the cars it’s working on to highlight the vehicle has been upgraded in Bottrop where the company set up shop back in 1977. 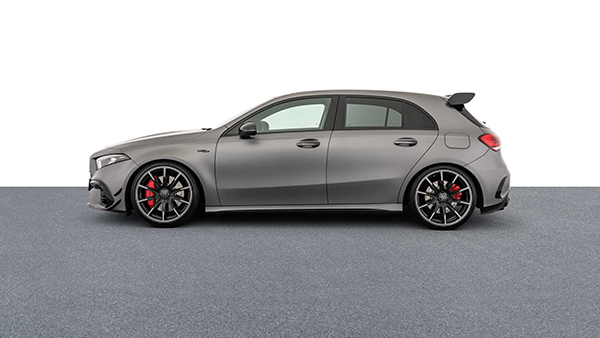 The original B45 came out roughly seven years ago as an amped-up version of the Mercedes-AMG A45 and now Brabus has modified the latest AMG A45 S. The hot hatchback already had the most powerful mass-produced four-cylinder engine installed in a production car, but that didn’t stop the German tuner from upgrading the 2.0-liter furthermore. 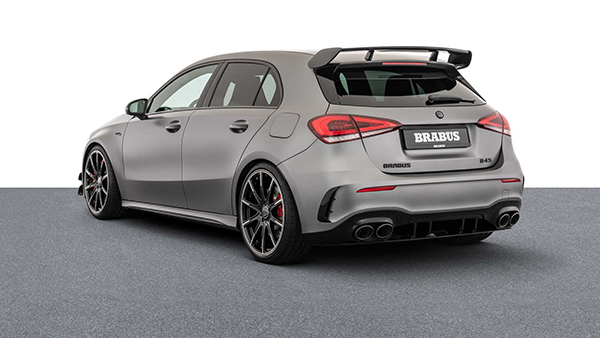 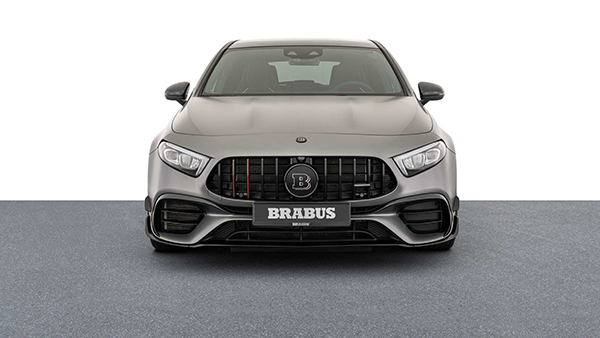 Brabus hasn’t fiddled with the electronic top speed limiter as it’s still programmed to kick in at 168 mph (270 km/h). If you’re worried about the negative impact the aftermarket package might have on the four-banger’s reliability, the tuner offers a three-year / 62,000-mile (100,000-km) warranty for the customer’s ease of mind. 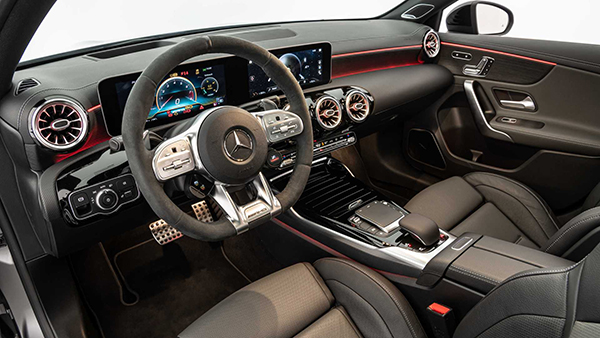 Beyond the upgraded engine, the B45 sits 30 millimeters (1.2 inches) closer to the ground than the stock AMG A45 S courtesy of an adjustable suspension setup complemented by custom 20-inch Brabus Monoblock wheels shod in Continental tires wider than those that came with the car. The tuner also has some minor tweaks for the interior where the buyer can opt for bespoke leather upholstery, aluminum pedals, velour floor mats, and illuminated scuff plates. 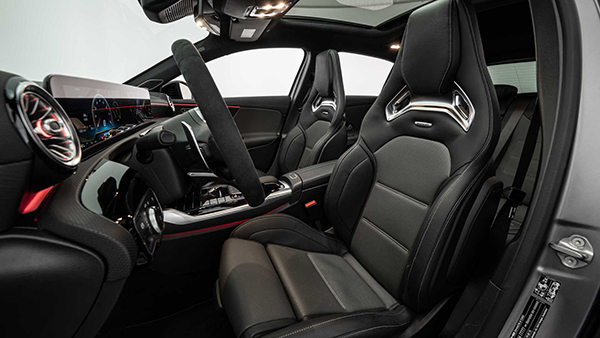 It’s likely only a matter of time before Brabus will offer the same power boost for the other “45” cars in AMG’s lineup since the CLA 45 / CLA 45 Shooting Brake along with the GLA 45 use the exact same M139 engine. There’s no actual B45 straight from Mercedes, but perhaps there should be? Then again, the R63 AMG minivan wasn’t exactly a huge sales hit.