In all, there are now 25 AMG models sold worldwide, but not all of them are available in all markets. In the case of the A-Class, there are both hatchback and sedan versions out there (four of them in total), but, for instance, the American market can only enjoy one.

Based on the most recent incarnation of the Benz A-Class, the hatchback AMG version is nowhere to be found on the American market. If you live elsewhere, like, say, in Europe, you can get your hands on three variants of the thing, each offering a different set of thrills to the owner.

The entry-level in the hatchback range is the A 35 4MATIC, a nimble little beast that relies on a 306 PS (302 hp) engine capable of giving it a naught to 62 mph acceleration time of 4.9 seconds. 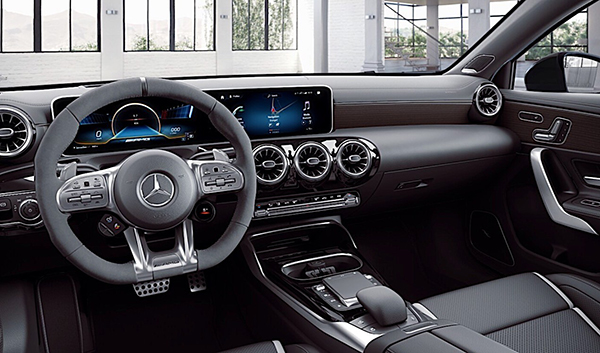 As said, you can get none of these A-Class versions in the United States because Americans are not all that into hatchbacks. They’re not into sedans, either, but AMG couldn’t pretend it doesn’t have this family of cars in its portfolio, so it settled into bringing the sedan to the States.

There’s only one version of the A-Class sedan in AMG guise available globally, and obviously that’s the one we’re getting here. We’re talking about the A 35 4MATIC, powered by a 2.0-liter four-cylinder turbo engine good for 306 PS (302 hp), just like in the case of its hatchback sibling, but with a slightly improved acceleration time, at just 4.8 seconds to 62 mph.

Here in the U.S. of A, the model starts at $45,850, but as with all things AMG, that’s just to get you warmed up. Just for the sake of it, we pumped the thing up as much as we could, and this is the result we got. 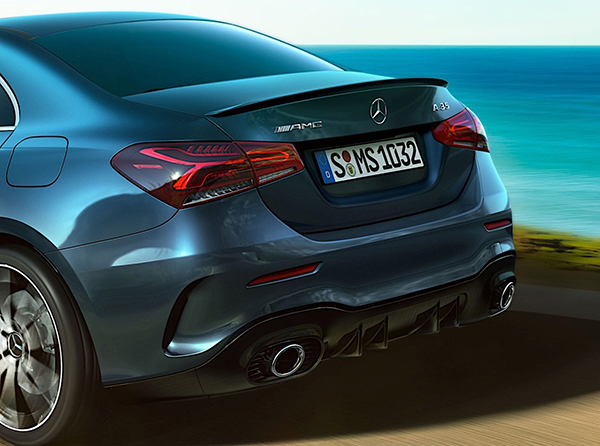 The carmaker’s configurator presently shows there are ten colors available for the model, ranging from the $0 Polar White and ending with the $2,500 Mountain Grey Magno (all others cost $720). Only four wheel options are on the table, ranging from $0 to $800, depending on color, design, and size.

We chose both the most expensive color and wheels, and no less than three extra packages (Exterior Lighting, Night, and Aerodynamics), added an illuminated star on the radiator and chrome door handle inserts, and the price jumped by an extra $3,750.

We then moved to the interior, where we had to choose between six upholstery options ($0 to $1,450) and five trim choices ($0 to $325). We topped the most expensive choices with the $3,470 Performance Seat Package Advanced, threw into the mix other minor changes, like a steering wheel in Dinamica and illuminated front door sills, and moved on to options. That’s where we spent another small fortune on the Multimedia package, SiriusXM 6-month trial, HUD, and garage door opener, among others.

With all the extras we added, we easily broke through a major threshold when it comes to price. $70,360, destination charge included, is how much our configuration ended up costing, which for reference is about how much people in Eastern Europe, for instance, pay for a three-bedroom apartment.