Although we’re very much saddened by the current fall into oblivion of the roadster market mainly due to the craze for crossovers, SUVs, or trucks, it’s also true that this trend comes with benefits—such as the option to snatch a 415-hp roadster at a decidedly fair price. 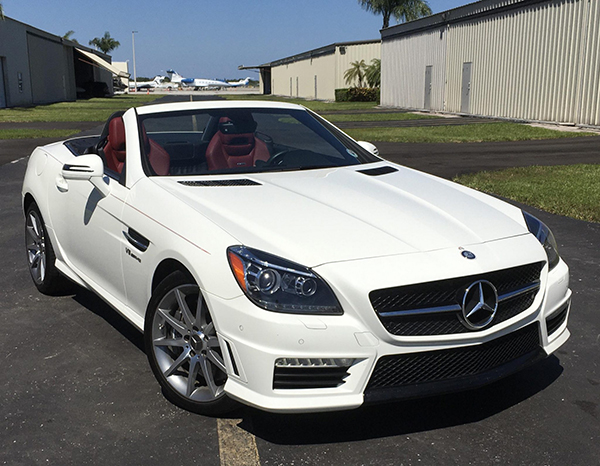 Take this one-owner, 14,000-mile (22,500-kilometer) 2012 Mercedes-Benz SLK 55 AMG P30 open top, for example. The third generation of the Mercedes-Benz SLK-Class (SLC after the facelift) was born exactly a decade ago, and just as soon, the Affalterbach-based Mercedes-AMG wizards worked their magic to create the SLK 55 AMG flagship. 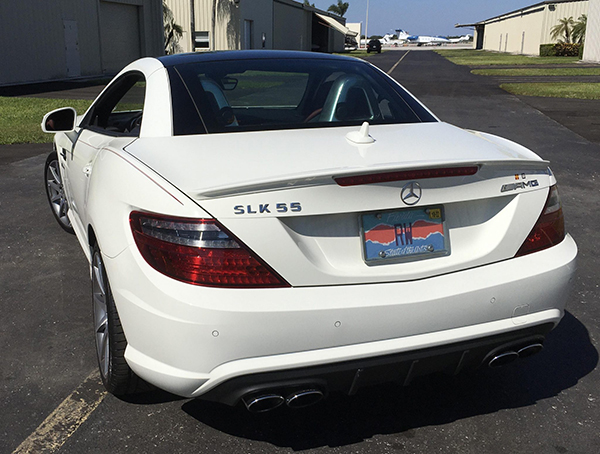 It reached the world starting in 2012, and that’s the same year this example was acquired new from Mercedes-Benz of Fort Washington, Pennsylvania. The seller’s uncle bought it and the nephew (going by the rotor44 username on Bring a Trailer) is now putting it up for grabs for a very limited time—just seven more hours at the time of writing. 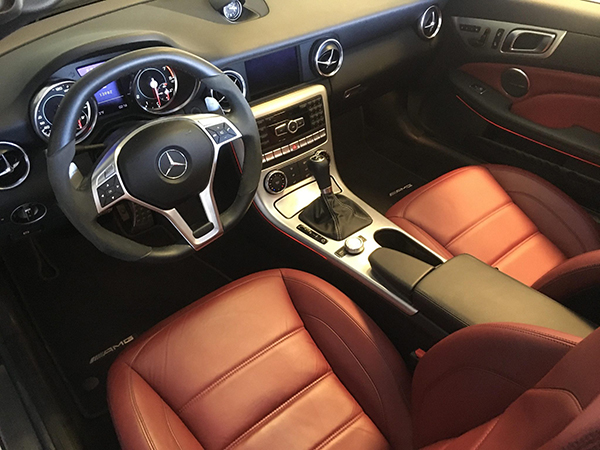 Basically, it appears this SLK 55 AMG enjoys the low digits: one owner, a few hours on the auction clock, and less than 14k miles on the odometer. But that’s not entirely true since the car is also offered with the P30 AMG Handling Package, which added a few perks, such as 18-inch AMG wheels, a performance suspension, better brakes, and a limited-slip diff. 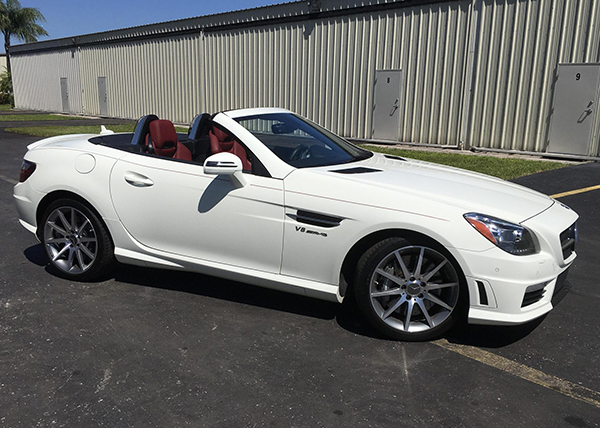 Another important mathematical equation has to do with the power enabled by the 5.5-liters of V8 displacement. The total of 415 horsepower is sent to the rear wheels using a seven-speed automatic transmission. Other highlights include the Arctic White over Bengal Red premium leather fit and finish and the cool retractable panoramic roof with Magic Sky Control, among many others. 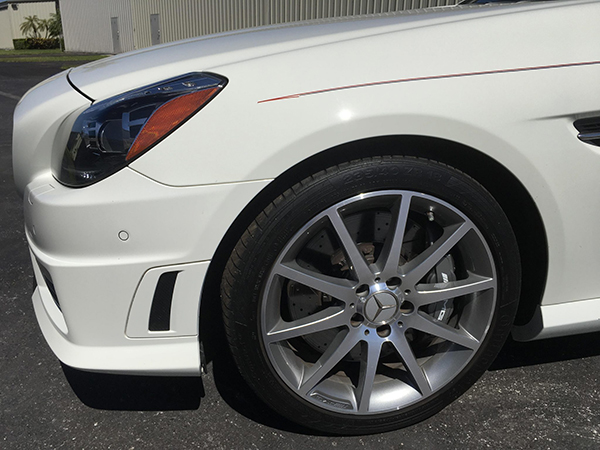 Of note, the SLK 55 AMG is offered for sale with the window sticker showing a total retail price of more than $79k, a clean Carfax report, and a Florida title. That means it could turn out as a rather affordable ride, judging by the current bid of $38,400.