The SL family of sports cars rolled out in 1952 with the W194 that finished in first place at the 24 Hours of Le Mans and in the Carrera Panamericana. Come 1994, and the Super Leicht Kurz was presented to the public at the Turin Motor Show in the guise of a roofless concept. 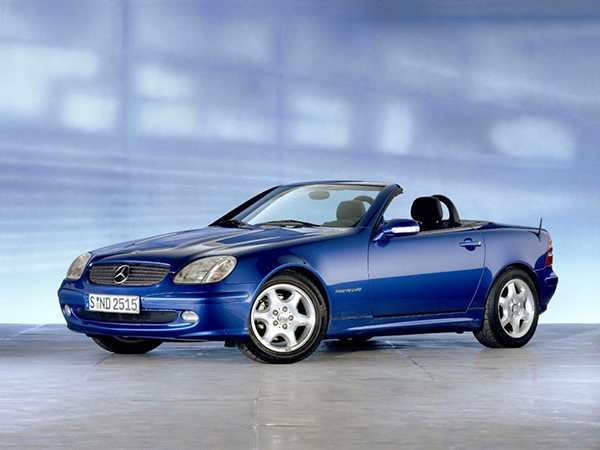 A second concept followed suit in the autumn of 1994 at the Paris Motor Show, and on this occasion, Merc revealed the party trick of the production-ready SLK. The vario-roof top was introduced as the alternative to the classic soft top, a trailblazing steel roof that folds back under the trunk lid.

This distinctly elegant design keeps the rear deck as short as possible. Still, there’s just enough room for luggage in the trunk when the roof is folded, as in 3.6 cubic feet for U.S. models or 145 liters for European models. The current Mazda Miata, for comparison, is rated at 4.59 cubic feet or 130 liters. The SLK’s vario-roof was properly impressive back then because previous folding tops involved the entire roof being lowered into the trunk. 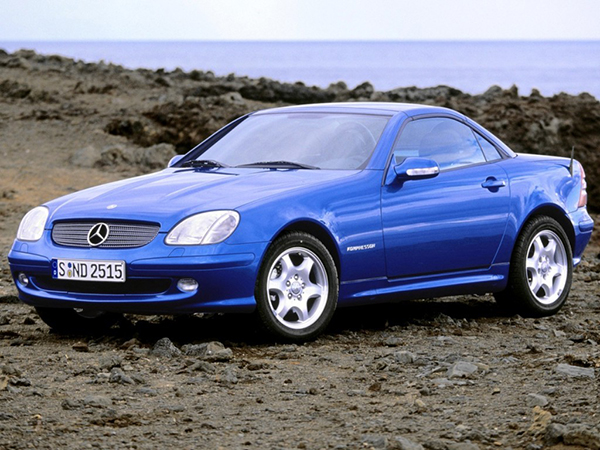 Before the very first production model rolled off the assembly line in Bremen, no fewer than 30 prototypes had to undergo the opening and closing process 20,000 times each. Pressing a switch on the center console transforms the R170 from a coupe into a roadster in half a minute, which isn’t great by modern standards but more than OK for a car that launched in 1996.

Steel instead of canvas also translates to better sound insulation, which is especially welcomed at high speed. The first-generation SLK also happens to be very safe for a 1996 model thanks to roll bars, tube-reinforced A-pillars, standard airbags, seatbelt tensioners, and seatbelt force limiters. 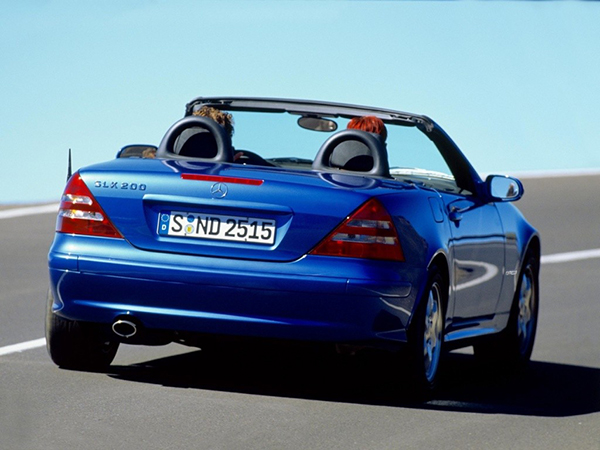 Roadsters are by definition less rigid than fixed-head coupes, which is why Mercedes-Benz paid special attention to the bulkhead. As part of the front structure, the newly developed ellipsoid bulkhead increased the deformation area in head-on collisions, reducing the risk of foot injury from the footwell. The first-generation SLK met the German automaker’s requirements during internal crash tests by exceeding the mandatory requirements.

25 years ago, the SLK took a variety of design cues from its more imposing brother, including the short overhangs and pronounced wedge shape. “Styling which refers to nothing beyond current modernity would not be Mercedes styling,” said Daimler-Benz styling chief Bruno Sacco, the man in charge of the design of every road-going Merc from 1975 to 1999. 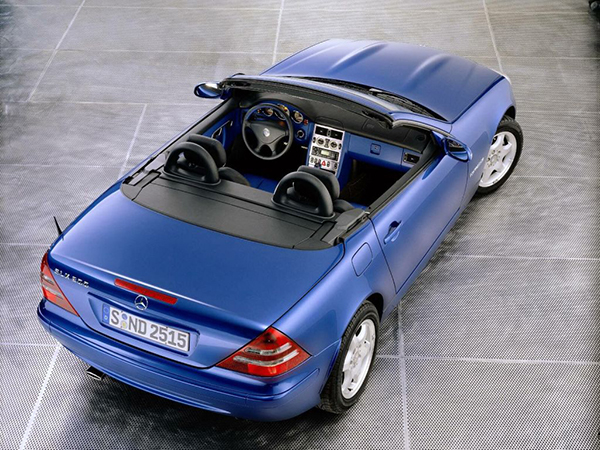 The Italian’s most celebrated design is the Wankel-engined C111 supercar, followed by the 190 series that preceded the C-Class, the W124 that became the E-Class in 1993, and the W163 M-Class that precedes the BMW X5 by two years. Indeed, Sacco is an automotive design heavyweight.

Copied by subsequent competitors, the vario-roof sports car features a custom-designed platform developed for two engine layouts: inline-four and V6. The SLK 200 serves as the base powertrain with 134 horsepower and 140 pound-feet (190 Nm) of torque from 3,700 through 4,500 revolutions per minute. Codenamed M111, the 2.0-liter engine was also available with a supercharger in the SLK 200 Kompressor. The M111 also came with a displacement of 2.3 liters in the SLK 230 Kompressor, which topped 194 horsepower and 207 pound-feet (280 Nm) from 2000 to 2004.

By the end of its life cycle, the R170 numbered 308,000 units. Succeeded by the R171 and R172, the SLK was renamed to SLC in December 2015 for the 2016 model year even though it was completely unnecessary. There are no plans for a fourth-gen model, which is understandable if you glance over the sales of sports cars and convertibles in the past few years.