It was 25 years ago when the Mercedes-Benz SLK took the car industry by storm. It came to set standards in the middle 1990s. Now it is a young classic.

Introduced at the International Motor Show in Turin, in April 1996, the Mercedes-Benz SLK (R 170 model series) came with a folding vario-roof. It could convert from an open-top car into a coupe with a fixed, noise-insulating steel roof in just 25 seconds.

The SLK was a huge step forward in terms of safety as well. It came out with great results from the extensive crash tests, rollover test included. It actually exceeded the stipulated mandatory requirements. Mercedes fitted it with two sturdy roll bars that protected the occupants in case of rollover. It had tube-reinforced A-pillars, airbags, belt tensioners and belt force limiters as standard equipment. 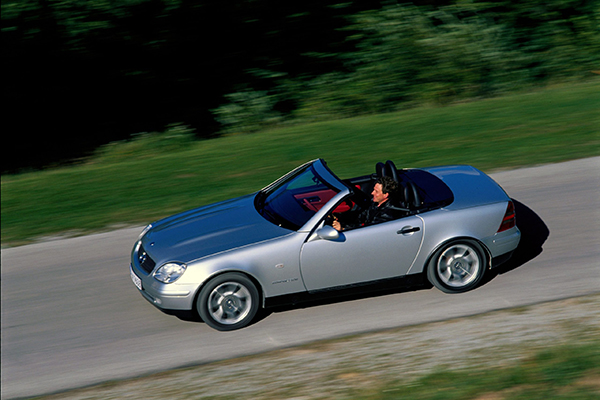 Later on, in 2004, the R 171 received the optional AIRSCARF system, that provided heat in the neck area. Therefore occupants could enjoy an open-air experience in comfortable temperatures even in winter time.

It featured a lightweight construction that used magnesium among others, that made it weigh just 1,270 kilograms. 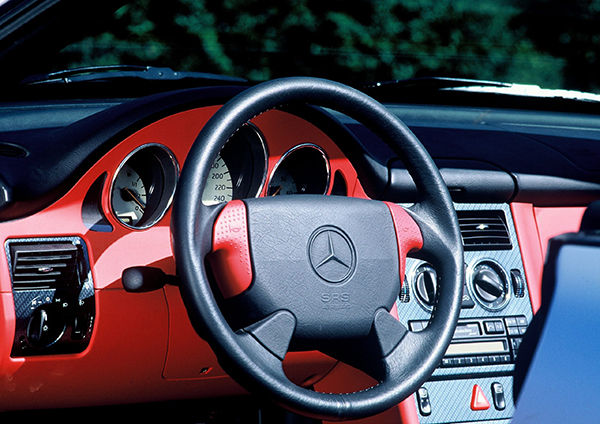 The roadster got its name during the design phase. The engineers referred to it as the “SL kurz”, meaning “the compact SL”. And they had a reason for it. It measured only 3,995 millimeters in length. It was approximately 500 millimeters shorter than the SL Roadsters of the current R 129 model series. 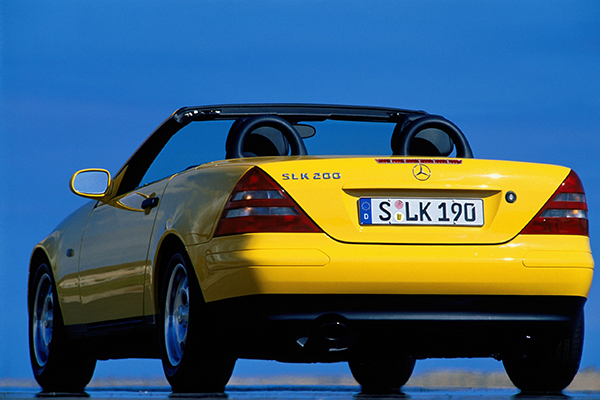 The facelift brought the six-cylinder 320 with 218 horsepower, as well as the SLK 32 AMG top-of-the range.