LEGO Ideas allows users to unleash their creativity and make their work known all over the Internet. Not only that, but LEGO’s platform rewards the best projects by turning them into commercially available sets. Creators are paid 1 percent of the royalties and can also take pride in seeing their design on the market, ready to entertain other LEGO-maniacs. 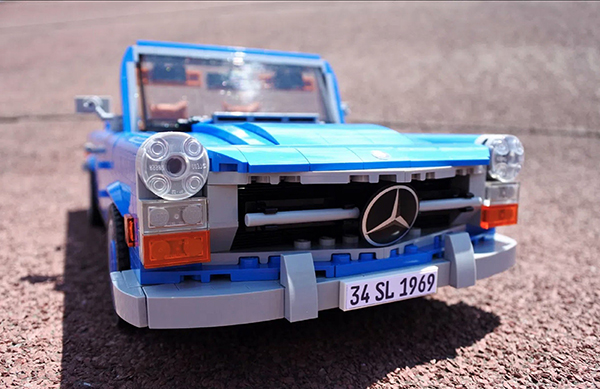 Hasan (user “hasskabal”) is a skillful LEGO designer who also created the plastic version of the VW Golf MK1 GTI. The model managed to get 10,000 supporters, which is the number required by LEGO to choose your design.
Now the guy made another great choice, building a 1377-piece W113 Pagoda. His 1969 Mercedes-Benz 280SL was designed using the stud.io software, just like for the original LEGO Creator Expert sets. 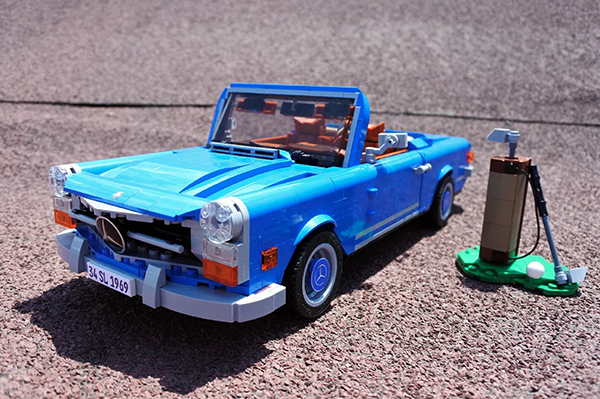 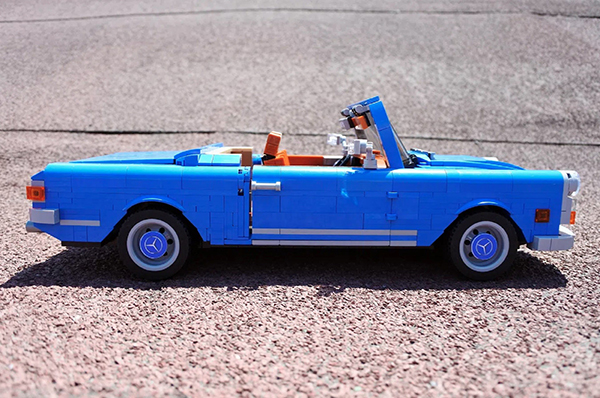 The 280 SL was produced between 1967 and 1971. It slowly transitioned from a sports car into a comfy grand tourer. 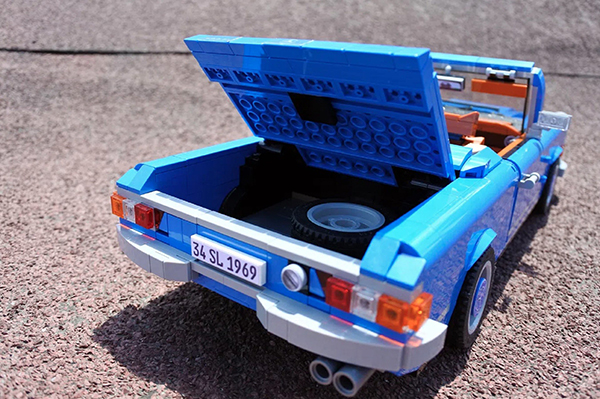 Striving to get as close as possible to the real version, Hasan built his version with opening doors, front, and rear hood. A look under the hood however reveals a 6-cylinder engine, the builder’s personal touch. You can also see the battery, oil, and water tank. Hasan even put the spare wheel in. There are also wipers, rearview mirrors (which also look a bit different but in a good way), the Mercedes logo on the steering wheel, front indicators, brake gas pedals, the air conditioner, and the radio. 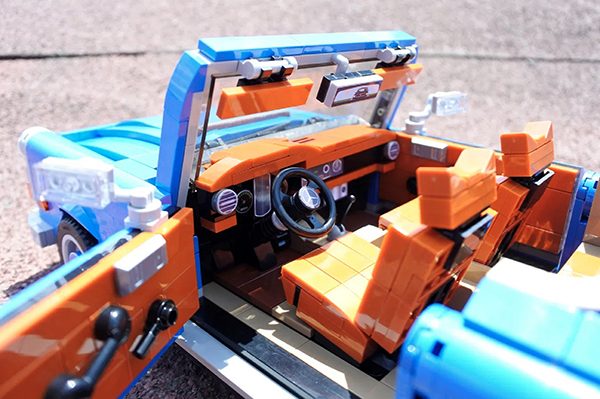