People started seeing it as the worthy successor of the “Grand Mercedes” of the pre-war era. The Chancellor of the Federal Republic of Germany, Konrad Adenauer, just had to have it. Not one though, but half a dozen of them. From that moment on, he would never be chauffeured in any other car than the Mercedes-Benz 300. He would not accept another in trips abroad either. 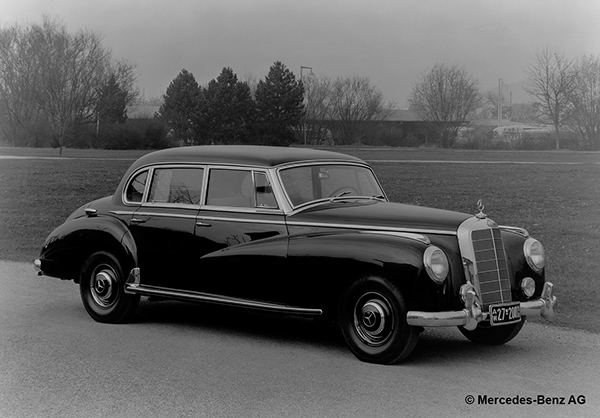 Therefore, Konrad Adenauer had six such cars using his term in office as Federal Chancellor, until 1963, and then until his death, in 1967. His first official car is on display today in the Haus der Geschichte museum in Bonn. It is a model from 1951, but there is no information on mileage.

A 300 d model from 1959, that he used following his retirement from the office, is now under the ownership of Daimler. He automobile is on display at the Mercedes-Benz Museum in Stuttgart. 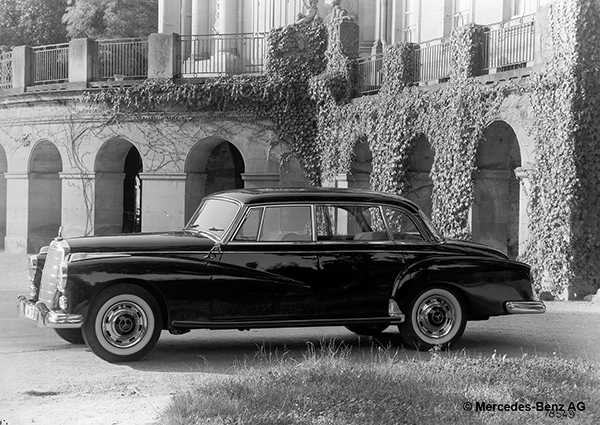 The Mercedes-Benz 300 Adenauer was an innovative automobile
The Mercedes-Benz 300 – or Adenauer Mercedes – used the 260 model from 1940 as source of inspiration. That model though never entered series production, as WW II changed the plans of the car company. Just like the 260, the 300 initially used a six-cylinder engine with overhead camshaft, that developed 115 horsepower. Its top speed was 160 km/h. It shared the framework and the chassis with the concept of the 170 S and 220 models. But engineers had to adjust them to the higher weight and performance. This is how it ended up with an electrically activated torsion-bar suspension.

An improved version, the 300 b, came in 1954 with 125 horsepower engine with a higher compression. Broader brake shoes and a vacuum powerbrake were part of the menu.

The Mercedes-Benz 300 c was on display at the Frankfurt Motor Show one year later. Broader tires and enlarged rear window made it easily recognizable. The car came with an automatic transmission that Daimler Benz received from Borg-Warner, the so-called “Detroit-Gear”. Customers could order it with a sliding sunroof and/or a partition wall, but also as a four-door Convertible.

The model that came out in August 1957 was very different from its predecessor, visually, as well as technically. The automatic transmission supplied by Borg-Warner was then standard.

March 1958 brought the arrival in the range of the ZF Saginaw power steering as optional equipment. In December, a Behr air-conditioning was available. The 300 d was the first to get the 3,500 Dutch Marks equipment.

Mercedes-Benz built four individual cars on the basis of the 300 d. One of the two landaulets built came with an elongated chassis, a wheelbase of 3600 millimeters and a higher roof. With a single armchair in the rear and extra special features, the automobile went to Vatican in December 1960. It was for Pope John XXIII.

The four individual car was never designed for the eye of the public. It was a new bodies two-door etate wagon. Mercedes used it in the test department for many years.