Mercedes-Benz is a sophisticated luxury brand that’s been around since the birth of the motor car. It builds everything from small luxury hatchbacks to the iconic, svelte, and opulent S-Class executive sedan. Mercedes also has it’s tuning department, AMG, which takes Mercedes vehicles and turns them into absurdly loud and fast luxury vehicles.

AMG was started by a pair of former Mercedes-Benz engineers as an independent race car engine-building company but was eventually bought by DaimlerChrysler AG. Now, the AMG tuning arm works on all performance aspects of Mercedes-Benz cars but is mostly revered for its “one man, one engine” philosophy for building its most potent powerplants. As these engines are hand-built by one person and Mercedes claims that there are only around 50 engine builders at any one time, it’s not often they find their way into other cars. When they do, whether it’s another brand’s production car or an engine swap, it’s a special event. 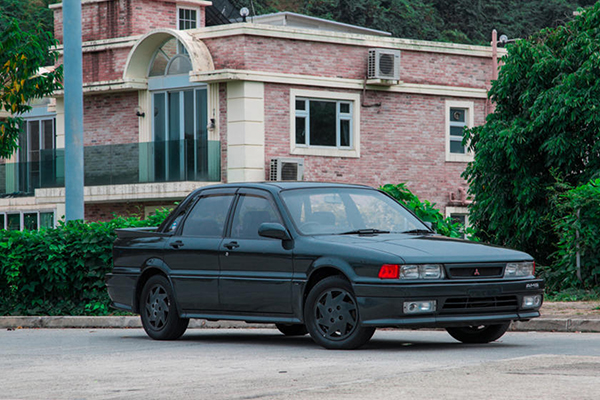 1989 Mitsubishi AMG Galant
The Mitsubishi Galant VR-4 is a car enthusiast legend. It was the performance version of an otherwise forgettable sedan and forged the way for the iconic Mitsubishi Lancer Evolution line. What’s less remembered, and often forgotten, is that before Mercedes claimed AMG as its own, the tuning company created an AMG-badged Gallant for the Japanese market. The tuning company took the stock Gallant 2.0-liter four-cylinder engine and reworked it to rev up to 8,000 rpm and deliver 170 horsepower. That was 25 hp less than Mitsubishi’s own performance version, the VR-4, but AMG pulled the extra power out without the use of a turbocharger. Turbocharged engines at that time were known for excessive lag, and the AMG tuned Gallant was fast but still easy to drive on the street. 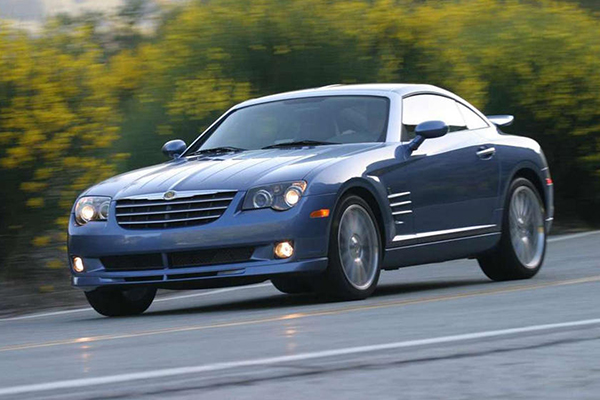 2005 Chrysler Crossfire SRT-6
The Chrysler Crossfire is a curiosity of the era when Daimler and Chrysler were merged. Underneath the Chrysler skin is a first-generation Mercedes-Benz SLK roadster. The disappointment for fans of Street & Racing Technology (SRT) branded vehicles, however, is that the SRT-6 model doesn’t have an American bred engine under the hood. Instead, its snarl comes from a 3.2-liter supercharged engine developed by AMG and originally handcrafted for the SLK32 AMG and C32 AMG. The Crossfire SRT-6 makes 330 hp and 310 lb-ft of torque, which was the correct amount to turn the Americanized roadster into an exciting car to drive rather than just a good looking one. 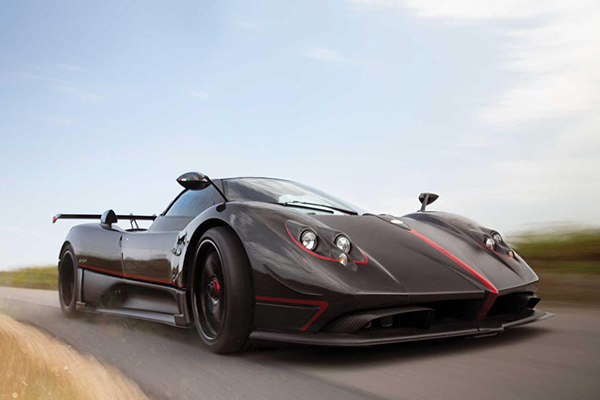 Pagani Zonda
All Pagani Zonda models are powered by versions of the Mercedes-Benz M120 generation V12 engine. The original Zonda C12 used the 6.0-liter version making 395 hp. The later C12-S model used a 7.0-liter version tuned by AMG to 542 hp, while the Zonda S 7.3 used a new 7.3-liter engine developed by Mercedes AMG to make 547 hp. For the Zonda R and the Zonda Revolucion, Pagani went back to using 6.0-liter versions of the engine. The most potent Zonda, the HP Barchetta, utilizes the 7.3-liter engine amped up to make a stunning 789 hp. 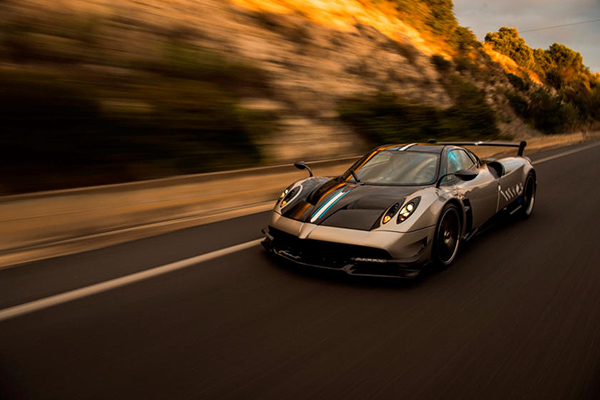 Pagani Huayra
Pagani’s relationship with Mercedes-AMG carried on with a twin-turbocharged V12 engine developed by Mercedes-AMG specially for the Huayra. The M158 engine is a 60-degree dry-sump powerplant that develops 720 hp and uses smaller turbos to reduce lag and increase response. AMG later improved the engine for the Huayra Roadster model, then further still for track-focused Huayra BC. In the BC Coupe, the M158 makes 745 hp and 811 lb-ft of torque, while the later developed BC Roadster makes 789 hp and 738 lb-ft of torque. The most powerful variant, though, is the Huayra Imola with its 827 hp and 811 lb-ft of twist. 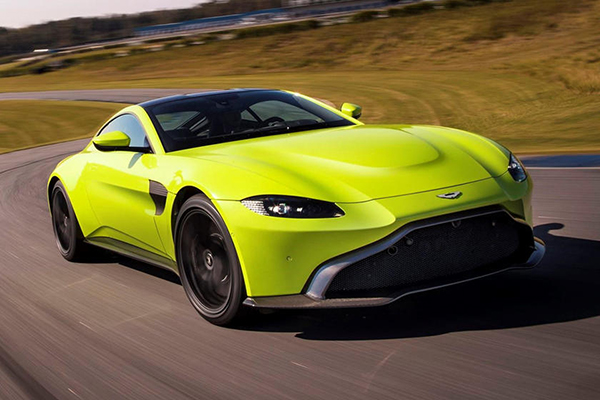 Aston Martin Vantage
Aston Martin has also developed a relationship with Mercedes-AMG and used the M177 designated 4.0-liter twin-turbocharged V8 engine for the DB11 V8 and DB11 Volante before using it in the current generation V8 Vantage. It makes 503 hp and 505 lb-ft of torque, and is the only current model available that can pair the Mercedes-AMG V8 with a manual transmission. However, using the 8-speed ZF automatic transmission, it will hit 62 mph in just 3.6 seconds. The Aston Martin Vantage GTE race car built for the FIA world endurance championship also uses the M177 engine. 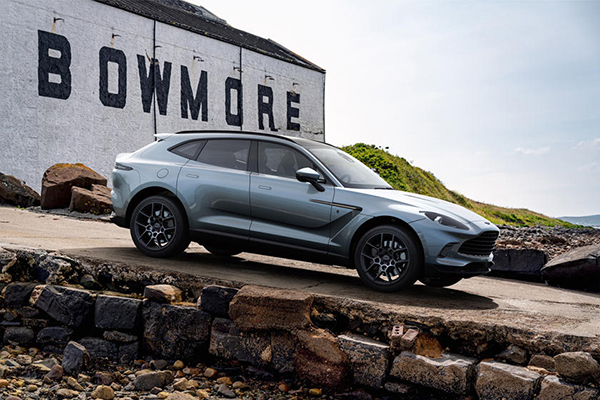 Aston Martin DBX
When Aston Martin decided to build a performance SUV, it made sense to stick with the proven and kinetic M177 engine. It’s a more powerful version, though, with 542 hp and 516 lb-ft of torque to deal with the DBX’s extra weight. The DBX uses a nine-speed automatic gearbox, but the extra power doesn’t help it achieve the same performance as the V8 Vantage. It still hits 62 mph from a standstill in a more than reasonable 4.5 seconds and tops out at 181 mph. 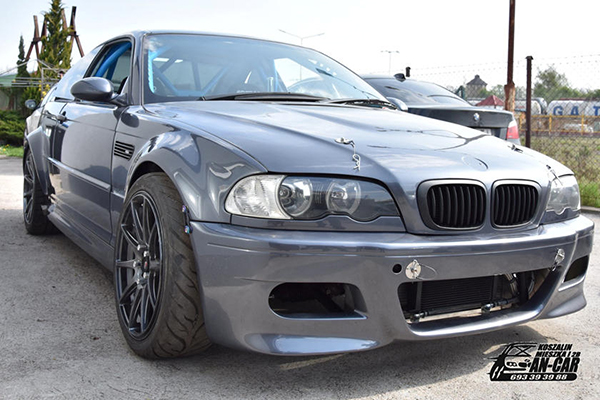 E46 BMW 3 Series
AMG engines going into non-AMG badged Mercedes is a fairly common operation. Swapping one into another brand’s vehicle isn’t. Even rarer is swapping a Mercedes-AMG engine into a BMW car. However, a Polish drifter called Adam Zajacze went ahead and committed all kinds of blasphemy with An-Car. They took one of the most cherished generations of the BMW 3 Series and crammed a 6.2-liter M156 V8 under the hood pulled from a Mercedes S63 AMG. It makes 492 hp and 472 lb-ft of tire-shredding power distributed to the rear wheels via a heavily strengthened rear end. We include it in this list purely because we take so much pleasure in seeing something so wonderfully perverse.