Mercedes-Benz is up and arms with its S-Class flagship these days, but it looks like the company has been cooking something on its entry-level class. 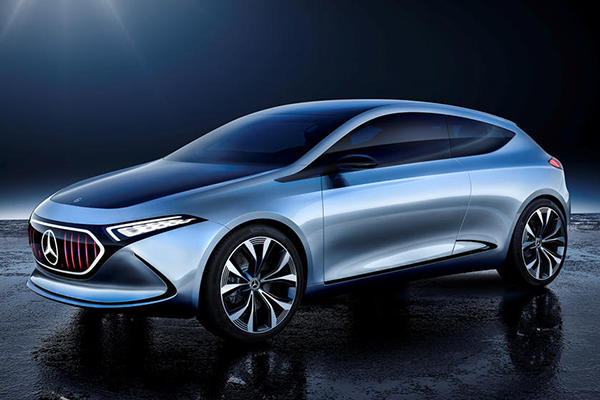 According to a report, the Stuttgart-based automaker will offer a new entry-level model to slot below the A-Class. Autobild, a German publication, brings this rumor to light through its slideshow of upcoming Mercedes vehicles this year, as well as in 2022 and 2023.

While we’re already familiar with most of the entries of the slideshow, the last two slides brought forth the rumor of a smaller A-Class, as well as a jacked-up version that could position itself below the GLA-Class.

Take the report with a healthy dose of skepticism but this isn’t the first time we’ve heard reports of a new entry-level model from Mercedes. In August last year, Mercedes compact vehicle chief development engineer Axel Heix and head of overall vehicle testing Johen Eck both hinted that smaller vehicles could happen because of the company’s highly flexible MFA architecture.

Autobild reported that the upcoming new entry-level Mercedes will be introduced in 2022. It is said that the current A-Class will be shortened and will have three doors in reference to the original EQA Concept from 2017 (see lead photo above). The jacked-up version, on the other hand, will have claddings and roof rails but Autobild said that they’re just for show and the vehicle won’t have an all-wheel drivetrain. The new entry-level Mercedes SUV will allegedly arrive in 2023.

There isn’t any guarantee with these speculations, though. Daimler CEO Ola Källenius admitted that they went too far in producing more compact cars than what they actually need. Then again, we’ll see if the aforementioned rumors hold true next year.