Back in September 2020, the late, great Virgil Abloh revealed a unique Mercedes-Benz G-Class that he had helped design. Sadly, the fashion icon died of cancer last year, aged 41, but his impact on culture and design will never be forgotten, especially not since Project Maybach, the last car Abloh helped design, was revealed in memoriam. That exciting, solar-powered concept car was introduced in December last year but as it turns out, Abloh had actually signed off on one more custom creation called the Maybach by Virgil Abloh, “a specially curated 2023 Mercedes-Maybach S-Class S 680.” 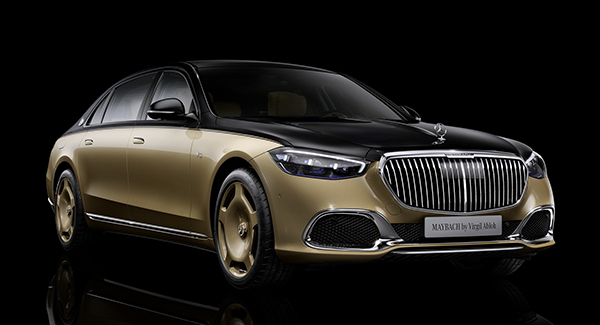 Although the designer, architect, and polymath Virgil Abloh was sadly taken from the world in November, the work that he had created with Mercedes had not all been released until now with this limited edition Mercedes-Maybach S680 and accompanying capsule clothing collection.

The designer passed late last year due to cancer just before the release of the Project Maybach x Virgil Abloh concept, a luxurious off-roader designed by him that inspired this production model. That concept’s desert hue is used here on the lower half of this car (including the forged rims) while the top half is lacquered in a glossy obsidian black. 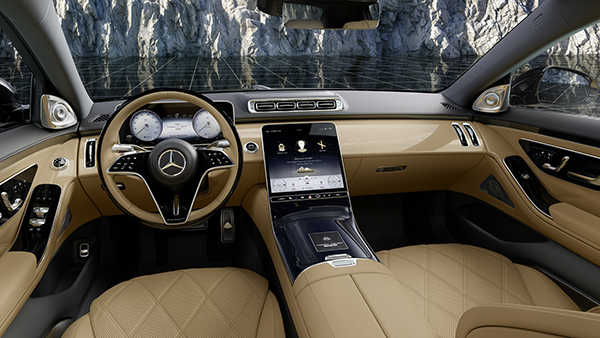 The same color palette follows inside, with the seats, steering wheel, doors, lower dashboard, and ceiling all lined in black and sand-colored Nappa leather. The high-pile floormats are black with a sand-colored leather border, meanwhile, and embroidered with the Mercedes-Maybach logo. The same logo is combined with Virgil Abloh’s logo on the piano-black middle of the center console, the rear cushions, the head restraints, and the door sill panels.

The customization even extends to the infotainment system, which uses an even more luxurious version of Mercedes’ MBUX suite of technology. For example, the home button has a colored border to match the rest of the vehicle and the profile pictures can be decorated with fashion accessories. 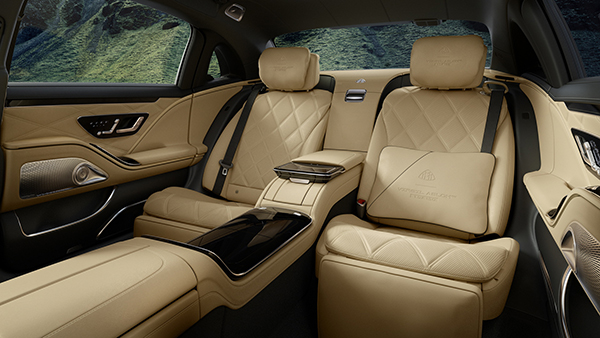 Finally, customers, who order the special edition Mercedes-Maybach S680 will also receive a wooden box covered in sand-colored Nappa leather with the brand’s and Abloh’s logos. It contains a 1/18 scale replica of the car, two car keys with a carabiner hook, and a car cover designed specifically for the car will be gifted to the owner, too. Mercedes will build just 150 examples of the Maybach S680 by Virgil Abloh.

For those who really want to experience the full range of what Mercedes and Abloh worked on, there is also a capsule collection launching on April 5, 2022, made in partnership with the designer’s company, Off White. It is comprised of sand-colored, vintage-washed cotton t-shirts, half-brushed cotton fleece crewnecks and hoodies, as well as canvas baseball caps and racing gloves made of canvas, neoprene, and suede.

“I’m incredibly proud of the work we have created in collaboration with Virgil,” said Gorden Wagener, Mercedes’ chief design officer. “The limited-edition Maybach by Virgil Abloh exemplifies the symbiosis between innovative design and ultimate craftsmanship now available on the road.”