Alongside announcing that all of its models will be available with an electric variant starting in 2025, Mercedes-Benz also released a teaser of the first all-electric Maybach. 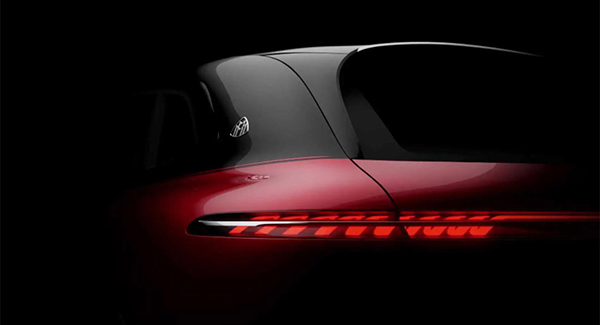 The vehicle in question takes the form of the Mercedes-Maybach EQS SUV, based around the ‘standard’ EQS SUV that isn’t expected to be unveiled until next year.

Only a handful of EQS SUV prototypes have been spied in recent months, all wrapped in thick body cladding and camouflage, making it difficult to determine just how similar it will look to the EQS sedan. This teaser image of the Maybach variant confirms that the EQS SUV will have unique taillights to distinguish itself from the sedan, although they will have similar LED light signatures.

Little else can be seen in this teaser, other than the two-tone red and black paint and the Maybach badge on the rear-pillar.

Technical details about the Maybach EQS SUV are not yet known, but it will presumably feature the same technology as the EQS sedan. That would mean it rides on a dedicated EV platform and will likely feature two electric motors. Mercedes is said to be working on a flagship EQS sedan with 715 hp and we wouldn’t be surprised if this setup found its way into the range-topping Maybach EQS SUV as well.