The current Mercedes-Benz GLE-Class certainly isn’t old. The swoopy GLE Coupe debuted in 2019 as a 2021 model, and we aren’t even a month into 2022. And yet, we’ve had several sightings of GLE test vehicles wearing bits of camouflage front and rear. It seems Mercedes is very keen to keep its lineup fresh in this extremely competitive segment. 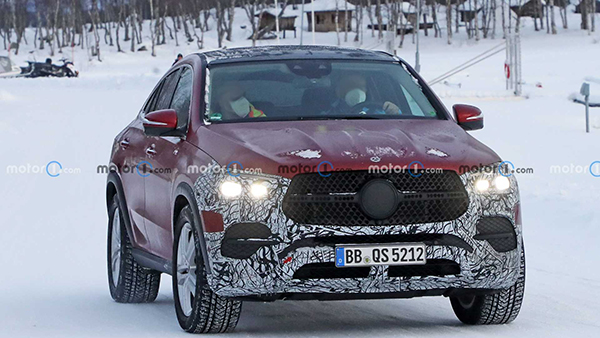 It’s true we’ve seen quite a few GLE prototypes in recent months, but this is actually just the second time we caught the GLE Coupe. Our brave spy photographers are camped out in Sweden, braving chilly temperatures to catch cold-weather testing and this red Merc seemingly loves the camera. Wearing a simple camouflage body wrap on the front fascia, we can see the corner vents are a bit smaller, and it looks like they no longer connect to the narrow opening beneath the grille. The lowest vent also is split in two versus a single opening on the current model. 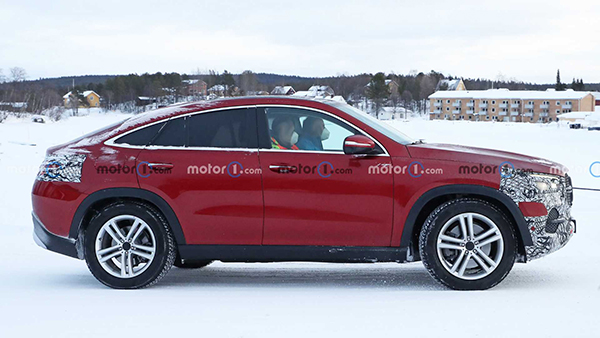 Further up, camouflage around the headlights suggests a subtle redesign is in store, with the lenses possibly shrinking in size ever-so-slightly. The same holds true at the rear, with camouflage tape relegated only to the taillights. It’s hard to see if the lenses are indeed smaller, but it could simply be a clever distraction to pull attention away from the rear fascia. The current model has narrow vertical accents on the corners behind the rear wheels, connected by a prominent body line that crosses the lower portion of the liftgate. The body line is barely visible here, and the accents are gone. 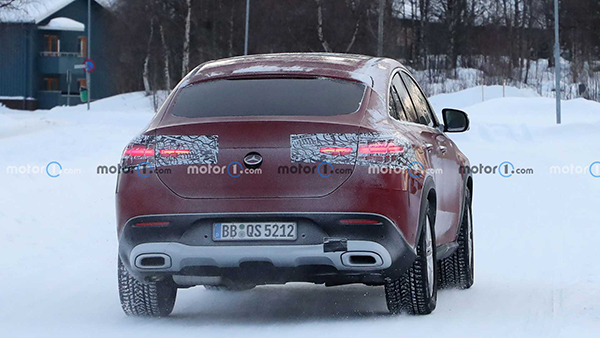 Compared to the standard GLE SUV, the Coupe already has a smoother backside. This sighting suggests Mercedes is going even further in that minimalist direction, a stark contrast to rival BMW. It’s also possible this test car isn’t wearing a production rear fascia, because despite the near absence of camouflage, we don’t expect the updated model to debut for several months at the earliest. At worst, a reveal could happen late this year or even into 2023.