It may be difficult to take in that the explosion of a tire can send a car, that is almost brand-new, straight to the scrap yard. But the insurance company representatives decided that it was for the best. The decision was preceded by an incident on a road in Russia. The tire of a truck exploded right as the Mercedes-Benz GLE was driving by it. 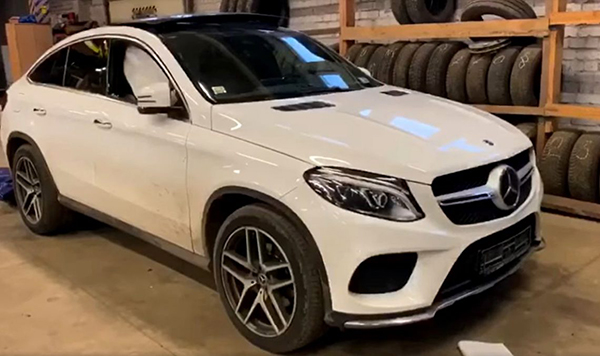 The shattered glass forced through the dashboard and center console, leaving deep marks into them. It also splintered the airbags, but they had already done their job, protecting the passenger.

The force of the explosion also drew out the sunroof of the car.

The insurance company eventually decided to write off the car following the incident, since the cost of the repair exceed the current market value of the car.

The write-off Benz would thus be one of the cars with the fewest number of problems once its issues are solved. The sunroof, the right side windows and the mirror need replacement. The dashboard and the center console require fixing as well. There are a few dents in the right front door, but that is quite a minor issue. The airbag system though will be quite a nuisance to fix.