Snow is certainly flying in the northern latitudes, and Mercedes-Benz isn’t wasting any of it. Our spy teams in Sweden captured multiple versions of the tweaked GLE-Class coming for 2023, specifically the high-performance AMG models. With still shots, action shots, and interior shots, we have a little bit of everything featured in two new photo galleries below. 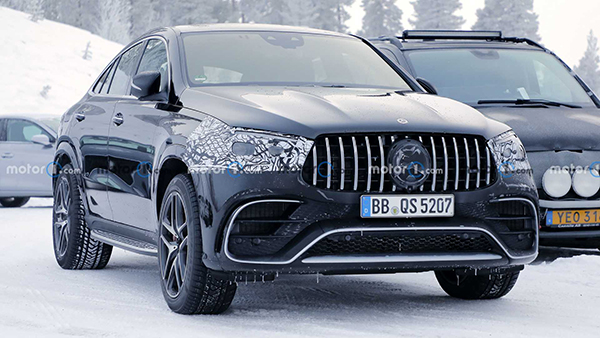 We’ll start with the range-topping model, the AMG GLE 63. This isn’t the first time we’ve caught the facelifted SUV testing in public, and actually, we saw the exact same prototype in January, wearing the same 5206 number plate. The level of camouflage is still the same, which is to say, there’s hardly any camo at all. Coverings around the headlights and taillights hide changes with the lenses, but everything else is the same. Curiously, Mercedes still hides the big star in the grille but neglects to cover smaller badges on the hood and rear gate. Could there be an illuminated star in there? 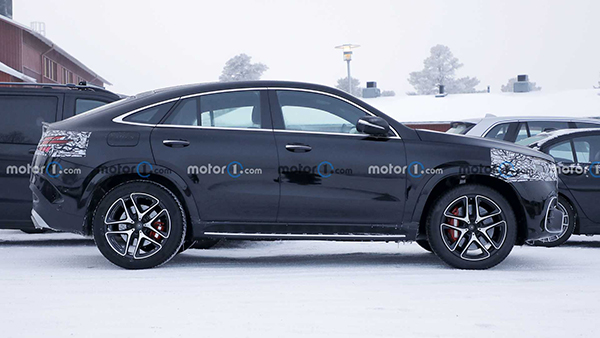 The same holds true for the other GLE 63 sighting, only this time it’s a GLE 63 Coupe caught at rest in a parking lot. Our photographer circled the test vehicle, nabbing detailed shots of the front and rear where we see similar camouflage wrap around the lights. We also get a great view of the interior, which looks identical to the current GLE models save for an upgraded steering wheel. We suspect the MBUX system also carries some fresh technology. 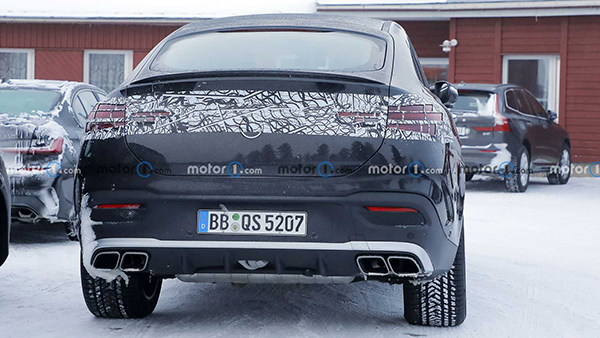 The last sighting is the GLE 63’s lower-power sibling, the GLE 53 Coupe. The round exhaust tips at the back give it away, but here’s where things get more interesting. This test vehicle wears camouflage wrap across the entire front fascia. We saw the same thing on a facelifted GLE 53 SUV sighting back in January, suggesting additional changes are coming at this trim level. We can see the corner intakes are slightly different, perhaps giving the 429-horsepower version a bit more visual bite. 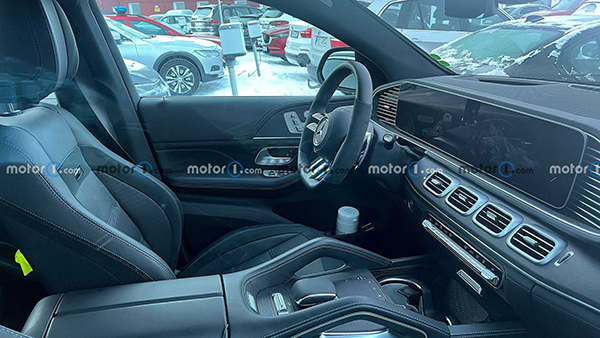 Speaking of power, we don’t expect any changes to engines or driveline with this modest refresh. As for when the nip-and-tuck AMG GLE will arrive, it could break cover later this year as a 2023 model.