This German Coupe was born the same year as this writer, and I can humbly confess that Mercedes’ E-Class (a white sedan from the W124 generation) was the car that introduced me to the world of superpowered vehicles. Of course, that was back when I was around ten years old and anything above 150 hp seemed like overkill.

Here’s something a little different. We’re used to seeing videos of supercars making the most of Germany’s unrestricted sections of autobahn, but this is no supercar. That doesn’t mean it isn’t worthy of some high-speed glory, and when a car looks as elegant as this classic Mercedes-Benz C123 coupe, even modest speeds are thrilling. 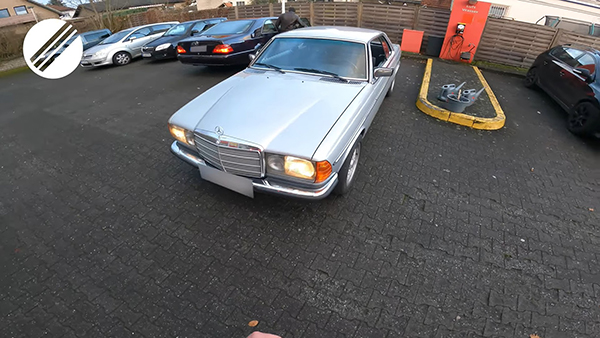 That’s exactly what we have in this video from TopSpeedGermany. The car is a 1984 280 CE, looking fantastic in silver and presumably as bone stock as it was 36 years ago. That means an inline-six resides under the long hood, generating 185 horsepower (136 kilowatts) according to the video description. It’s connected to a four-speed automatic, so there will be no gear rowing in this clip. However, with your sound turned up, there’s plenty of delectable German I6 music as the Benz rockets down the highway. 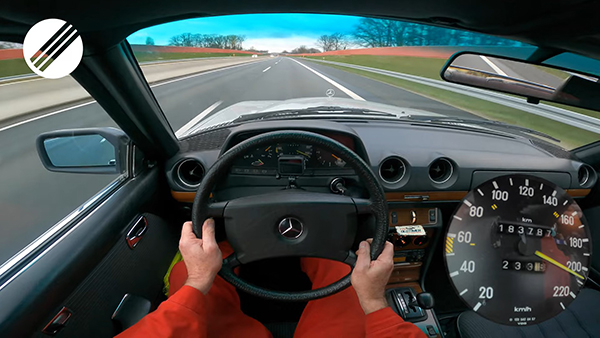 How fast does the old Merc go? Keep in mind, horsepower was only begining to return to automobiles in the mid-1980s. Emissions compliance wasn’t just an issue for US vehicles of the era, though 185 hp from a small six-cylinder wasn’t bad at all for the time. The car seems to be in good condition, and with nearly 184,000 kilometers (114,332 miles) showing on the odometer, it’s neither terrifically used nor factory fresh.

At full trot, it powers the Mercedes-Benz to approximately 209 km/h (130 mph) and yes, that seems to be the drag-limited maximum velocity. We say approximately because, being a 36-year-old machine, we’re treated to a proper old-fashioned speedo gauge instead of a digital readout and frankly, we miss watching speed needles steadily climbing. It does take awhile, however, making the sprint from 100 km/h (62 mph) to 200 km/h (124 mph) in 20 seconds. But with a classic like this, it’s all about the journey, not the destination.