Mercedes-Benz is celebrating AMG’s 55th birthday with a quite a few special models, the latest of which is a commemorative version of the CLA 45 sedan. Limited to 55 units for the American market, the Edition 55 model stands out from the standard CLA 45 with a specific design inside and out and a longer list of standard features. 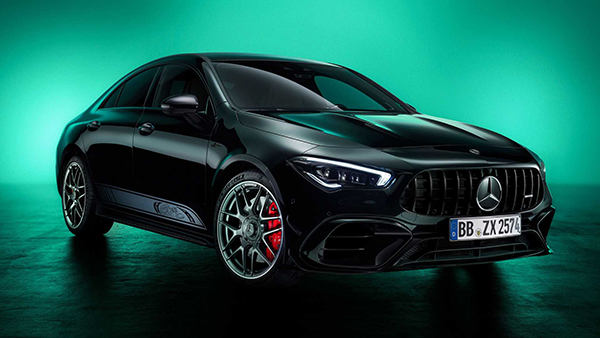 AMG’s history isn’t as straight-forward as it may seem: it was founded in 1967, and it remained independent (though heavily focused on Mercedes-Benz models with a small handful of exceptions) until it joined DaimlerChrysler in 2005. Fast-forward to 2022 and the firm, which is now called Mercedes-AMG, operates as a full-blown sub-brand that has developed a couple of cars from scratch. The CLA 45 Edition 55 celebrates this heritage with Cosmos Black Metallic paint, AMG-themed decals on the bottom of the doors, and 19-inch cross-spoke wheels.

Every Edition 55 model comes standard with the Aerodynamics Package, which adds a body kit that includes a front splitter and a trunk lid-mounted spoiler. AMG also added the Night Package and the Night Package II, which bring an array of black exterior trim and emblems. 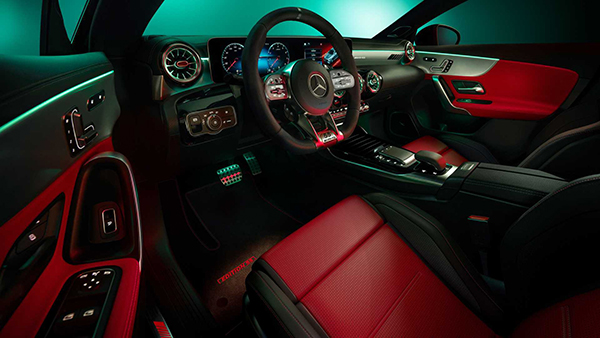 Inside, the passengers are treated to black and red leather upholstery, while the driver faces a Microfiber-upholstered steering wheel with a “55” emblem. The logo also appears on the floor mats, and the door sill plates are illuminated. That’s where the modifications end, however. 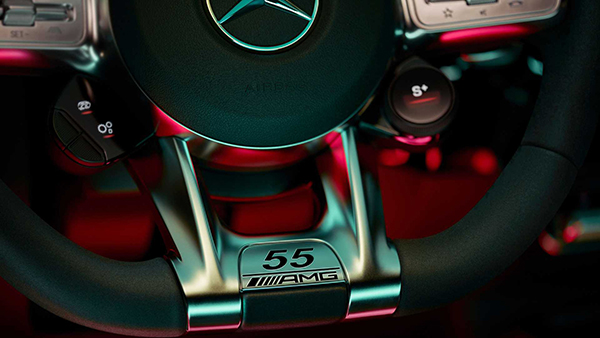 While a 55-horsepower bump would have been a fitting way to celebrate 55 years of AMG, the Edition 55 is mechanically untouched. Power comes from a turbocharged, 2.0-liter four-cylinder engine rated at 382 horsepower and 354 pound-feet of torque. It spins the four wheels via an eight-speed automatic transmission linked to a pair of shift paddles. AMG quotes a zero-to-60-mph time of four seconds flat. 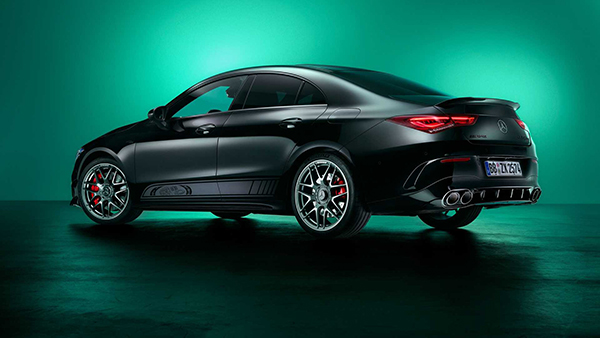 Mercedes-AMG will begin sending the 55 units of the CLA 45 Edition 55 to the United States later in 2023. There’s no word yet on how they will be allocated, and pricing information hasn’t been announced yet, though we know that each one will come with an indoor car cover. For context, the regular-production 2022 Mercedes-AMG CLA 45 carries a base price of $56,950 including a $1,050 destination charge.