Recently called back over trunk moisture accumulation, the C 300 has been hit with yet another problem. The Office of Defects Investigation within the National Highway Traffic Safety Administration received a petition requesting investigation of engine piston damage attributed to improperly-sized wrist pins in the M274 2.0-liter turbocharged four-cylinder engine of a 2015 model year Mercedes-Benz C 300. 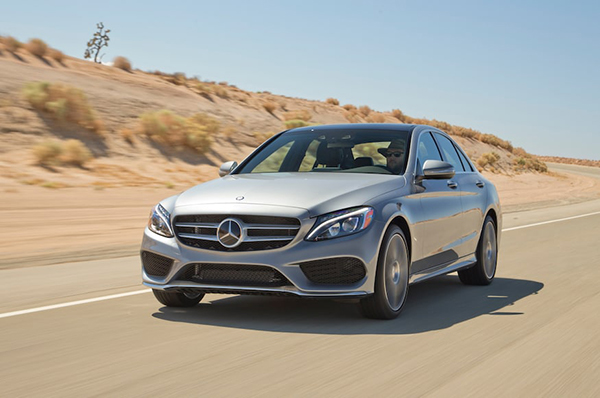 The complaint, which bears ID number 11450360, begins by mentioning the car’s 51,000 miles (82,077 kilometers). Based in Chino, the owner of the C 300 reports that he was driving at 70 miles per hour (113 kilometers per hour) when he heard a popping sound. “The car loses power, I pushed on the gas, and it started to shake violently. I panicked as the construction on the freeway was not allowing drivers a shoulder to pull over on.”

As fate would have it, he was lucky enough to be driving at 2:00 am when there was little traffic. The M274-engined C 300 then started blowing thick white smoke through the exhaust, and the owner thought for a moment that his compact executive sedan would explode from the smell of burning oil. Not long after, he discovered oil everywhere in the engine bay.

Towed to the nearest dealership, the C 300 was diagnosed with a cracked piston in cylinder one. The cracked piston allowed engine oil to mix with the gasoline, causing the white smoke and burnt smell. The complaint, filed on February 4th with the National Highway Traffic Safety Administration, further states that Mercedes-Benz published a technical bulletin regarding a faulty wrist pin that was causing the pistons to eventually crack.

The owner is referring to manufacturer communication number LI03-10P060916, which clearly states unfavorable tolerance of the piston wrist pin, resulting in knocking, clattering, and rattling noises. This condition makes a mess inside the engine, hence all that oil in the engine bay.

Modified wrist pins were installed as of March 27th and April 20th, 2015 according to Mercedes-Benz. Turning our attention back to the man’s petition, he accuses Mercedes of lying about the problem. “Prior to all this happening, the car always made a tap-tap-tap sound from the engine and Mercedes’ said it was normal for 4-cylinder turbos to make this sound (sounded like a diesel). But it turned out to be the loose wrist pin.”

Given time, we’ll see if the federal watchdog will delve deeper into this engine issue affecting a yet-undetermined number of M274 engines.