In 1990, Mercedes-Benz released the 190E 2.5-16 Evolution II. Building off the success of the EVO I, Mercedes, without realizing it, had developed the EVO II to be one of the best compact sports saloons in the world and captured Mercedes-Benz its first DTM title in 1992. Sadly, the EVO II had a short production span only running from 1990 to 1991. But what if Mercedes didn’t discontinue the 190 EVO production? What would the EVO III look like? In this episode of “Rendered,” Khyzyl uses his imagination to explore the possibilities of a 190 EVO III that’s a bit of a restomod of the EVO II. Would the EVO III be a two-door? Would it be a more race-ready version of the EVO II?

The 190E EVO that Mercedes-Benz NEVER made | Rendered with Kyza – Ep. 4

The world needs to be sustainable, there is no shadow of a doubt about it. Otherwise, the planet will simply shake off the excess problems, and we along with them. This means we need to go electric, and as fast as we can. Mercedes-AMG is diligently taking care of that, it seems.

With models like the AMG EQS and the recent EQE addition, although the latter is not exactly for everyone. But why on Earth do they need to look so boring? Seriously, we were told the EV revolution is going to be exciting, not as insipid as Bingo nights. 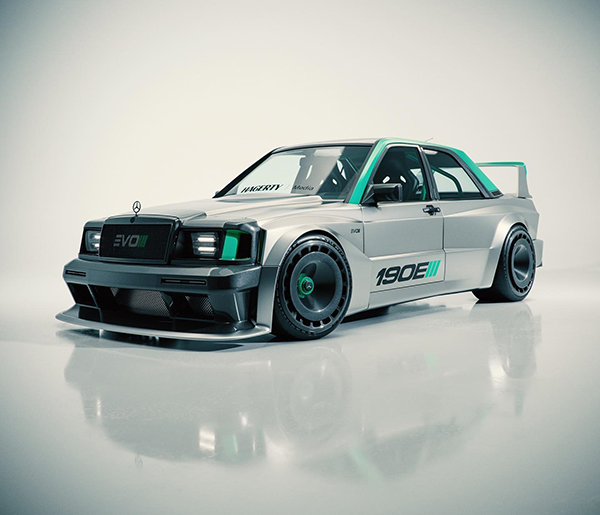 Luckily, we can take solace and comfort in the virtual realm. With help from Hagerty and Khyzyl Saleem, among many others. The virtual artist better known as the_kyza on social media continues his new YouTube behind-the-scenes series alongside the classic car insurance/lifestyle company. And their latest episode somehow nailed the AMG focus.

It could be just a coincidence that we have a new episode of the series just as Mercedes presented the new AMG EQEs. Or not. It does not matter, though. We already know their “what if-” style series is merely wishful thinking. Although, after watching all the creations, we really wished it were not. 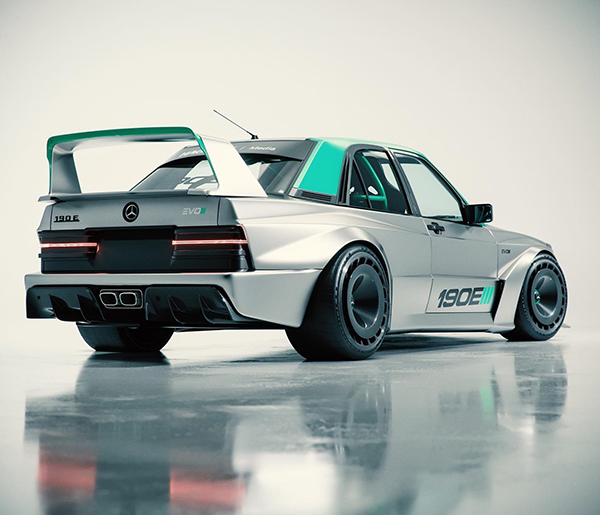 Especially since their fourth ensemble (after a remastered Countach, 1969 Camaro SS Hoonicorn, and a JDM-style C5 ‘Vette) has to do with a Mercedes and AMG legend. No need to guess, since even the modernized version is amazingly easy to recognize. This is the W201-series Mercedes-Benz 190 E Evolution “EVO III” the German luxury carmaker never made!

It looks sleek and desirable in a very LED steampunk kind of way. And, best of all, it has dropped a pair of doors and morphed from a traditional sedan to a sporty roll-caged coupe.