Mercedes-Benz is testing a curious prototype in winter conditions, and we have photos of one of the early prototypes thanks to our spy photographers. The vehicle in question is based on the W204 C-Class but comes with over-fenders and a raised ride height. 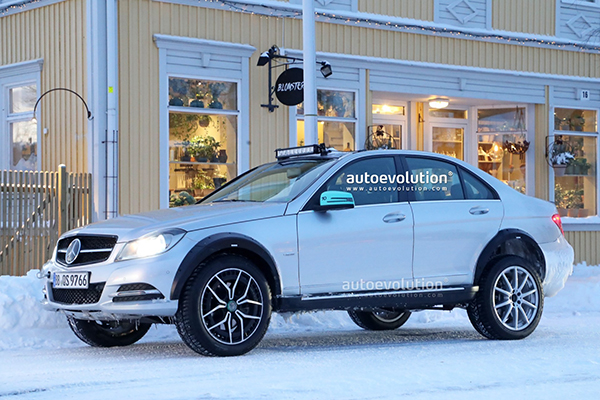 It is unclear what Mercedes-Benz is planning to do here, but this unusual prototype even has a rollcage, in case things go seriously wrong, but the prototype in question is hiding more than what can be seen at first.

If you look at the side sills, you can tell that many changes have been made, and the rear wheel arches also show someone had interfered with the original design. This model is not supposed to become a C-Class in the future, and the body is only there to make it look less conspicuous. 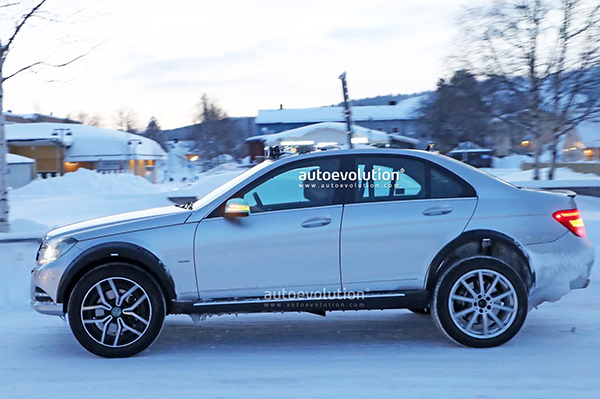 Well, you can say that the plan has failed. As you can observe in the photo gallery, the distance between the wheels and the side sills looks wrong, which means that the vehicle in question has a shorter wheelbase than this generation (W204) of the C-Class had.

The ride height is also significantly increased as if this vehicle is supposed to head on into overlanding adventures. The badge on the trunk lid writes C180, but that does not help us in any way. 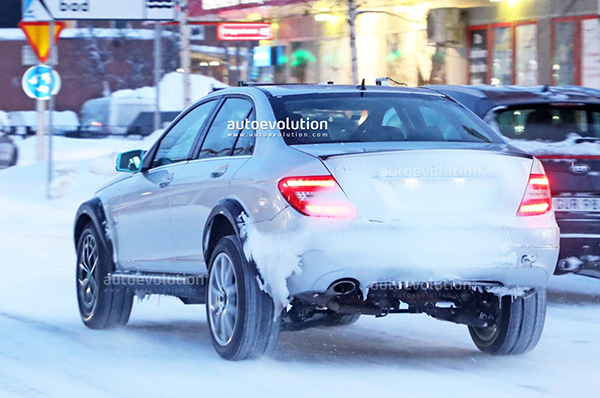 It is clear that the engineering department just chose something that had the closest specifications to whatever the company is planning to build and just built things from that standpoint.

It is worth noting that the C-Class (predecessors and successors included) has a longitudinally-mounted engine, unlike its smaller siblings, the A-Class and B-Class, which have a transversely mounted engine. Maybe the line between the future product, believed to be yet another crossover, but with an enhanced off-roading ability, can be traced back to the way the engine is positioned. The first GLK was loosely based on the C-Class W204 architecture, and the GLC still has C-Class underpinnings.

Many years ago, rumors about a baby G-Class roamed the internet. At the time, it was believed that the GLB would play that role, but perhaps this mule is hiding the next baby G-Class in the Mercedes-Benz range. This new prototype, though, is something entirely different from the GLB.