The new Mercedes-AMG C43 is here, but not as we knew it: at Daimler-Benz, turbocharged fours are replacing the V6 and the V8. The new C43 uses a 2.0-litre four-cylinder turbo – the same as the one in the A45 – and there’s no more sonorous intake rumble, no deep voiced exhaust, no eardrum widening bass solo above 5000rpm.

Instead, the new lump makes a less aggressive and more composed metallic noise which grows louder as the engine speed builds up, but does not change its laid-back tonality as the workload increases. 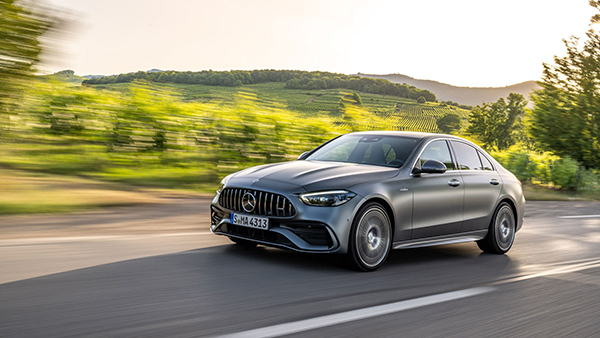 Give us some specs
The four-cylinder on steroids develops 408bhp at 6750rpm and a feisty 369lb ft at an above-the-clouds 5000rpm. We drove the saloon which weighs 1765kg, accelerates in 4.6sec from 0-62mph and maxes out at 166mph when fitted with the optional driver´s pack.

Shod with the extra-cost 20-inch wheels and tyres, the average fuel consumption works out at 30.9mpg. The test car managed 19.4mpg which confirms to a point that having fun does not require more than four pots under the bonnet. 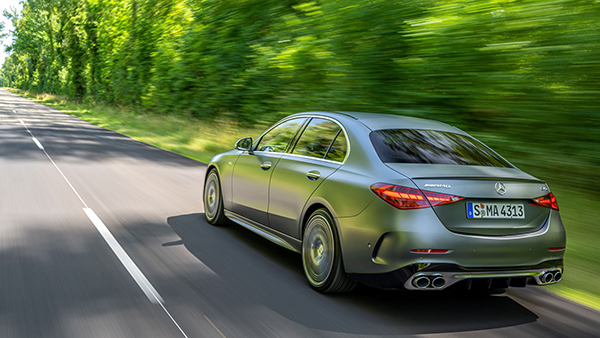 What else is new
Rear-wheel steering is standard now, the 4Matic AWD hardware is rear-biased at a fixed rate of 31 to 69%, the nine-speed transmission gained an extra ratio, and there is now a 48v system on board which feeds the e-turbo and the belt-driven starter-generator.

The extra hardware almost neutralizes the weight advantage of the four over the discontinued V6, but the C43 feels a little more neutral and thus a little less nose-heavy. Rear wheel-steering is noticeable if you drive the two back-to-back, but not otherwise. Marginal gains, then. 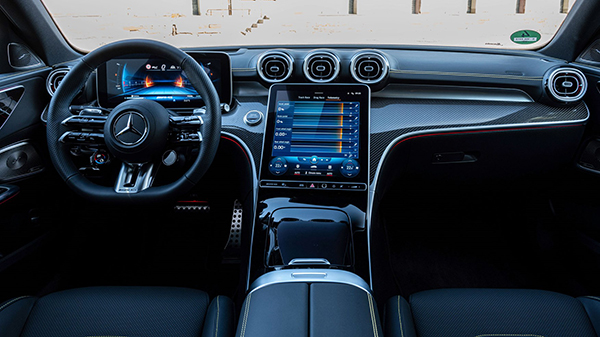 And inside?
Good news first. The new, hottish C-class offers more space, comfort, refinement and technology than the previous generation; the sports seats are spot-on, the driving position suits all frames and postures – and even the standard trims is good. The C43 also collects brownie points for its composed handling, ace roadholding and benign behaviour in the zone which separates drama from disaster.

Bad news last. The controls are the usual digitalized mess, deactivating all those over eager warning functions requires ploughing through sub- and sub-sub-menus, and those dreaded tiny shiny capacitive sliders cover the busy five-spoke steering-wheel like a rash. 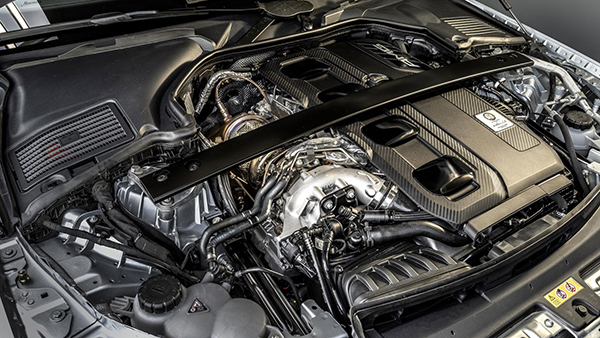 Mercedes-AMG C43: verdict
With its sausage wrapping four fat tailpipes, and a tiny wee air deflector on the bootlid is an easy car to befriend. On the road, it finds the right rhythm almost by itself, morphs easily with the flow, is not a chatterbox but communicative in a pleasantly pragmatic manner. The engine has its merits, too. It is eager to rev, neither rough nor rowdy and quite energetic considering the bonsai displacement and the reduced number of cylinders.

However, there were plenty of situations when pick-up and turbo lag equalled that of an Audi V6 diesel – partly because the C43’s transmission felt as if it was on sedatives, not aphrodisiacs.

There is no doubt about it: the AMG cocktail number 43 contains a dash of frustration which confirms, once again, that progress can be a double-edged sword.