The V8 is becoming a rare treat; even Dodge is surrendering the fight in not-too-distant future. Mercedes-Benz is spending a great deal of resources on releasing electric cars, but its AMG division announced it could keep the V8 alive past 2030 if there is enough demand for it. 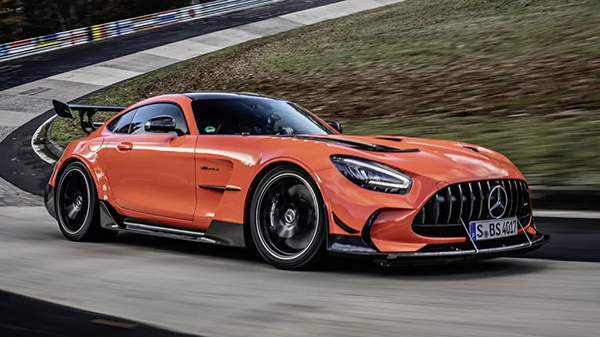 “In the end, it has to fulfill our overall CO2 strategy, and we have a clear path on that one: being CO2-neutral at the end of the 2030s, by 2039. And, from 2030 we want to be pure electric. But, if there’s still a customer demand [for gasoline-powered V8s] in some regions, and it’s still part of our offering, why should we stop it?,” Joerg Bartels, Mercedes-Benz’s vice president of vehicle development, told CarSales.

He told the Australian publication that it’s difficult to predict the EV take rate in a specific market because it depends on regulations. EVs have a bigger market share in regions where they’re favored and strongly incentivized by regulations, such as Europe. Keeping the V8 alive on the other side of the pond will be difficult because the strict Euro 7 norms coming into effect by the end of 2025 — the same regulations forcing Mercedes-Benz to slash half of the engines in its portfolio — could make selling non-electrified models financially unviable.

Even in this context, Bartels argued it’s too early to write the V8’s obituary — customer appetite will dictate its life span.

“Some customers will still demand six or eight cylinders. You can find technical solutions for every request and every regulation, but sometimes it’s combined with higher costs and the customers are not always willing to pay for it,” he said.

It’s a different story in the United States. California has vowed to make the internal combustion engine illegal by 2035 in spite of ongoing challenges related to its electric grid, and several other states could adopt these rules, but it’ll take time before the entire nation agrees.

Companies like Porsche are looking into synthetic fuels to keep old and new gasoline-powered cars on the road in spite of the looming bans. Mercedes-Benz doesn’t share this enthusiasm; at least not yet. It’s keeping an eye on the technology but not currently investing in it.

“We have looked into it, of course. But, in an energetic way it doesn’t really make sense. How many kilograms of CO2 do you produce to generate the synthetic fuels? We follow this and if this changes, it’s not such a big thing to fill [synthetic fuels] into your car. But, right now we are not following this path,” Bartels noted.