Last spring we announced that the Mechatronik is working at a project of a modern Mercedes SLC (C107). Now, Mechatronik Project 107 has performed the first tests at Hockenheim. 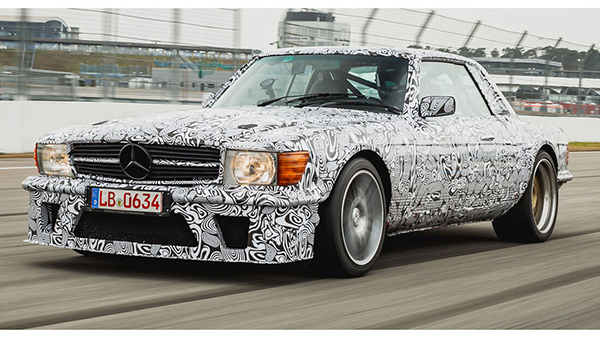 Mechatronik was founded in 1997 and has evolved from a company with only three employees located in Großbottwar, Swabia, to an international company with 40 employees located in the north of Stuttgart. They not only deals with the restoration, servicing, repair and sale of classic and supersport models but also with the creation of its own models based on classic Mercedes models. 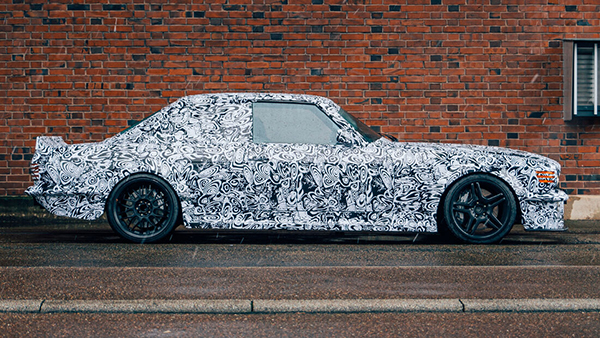 This is the SLC coupe (C107), the successor to the Pagoda. Two prototypes started the first tests on the Hockenheim race track, covering over 300 laps in two days with very good reliability. Only the windshield and two pads were changed. The test cars are still camouflaged but it is difficult to hide the modified front with a more generous lower air intake. The ground clearance of the Project 107 is smaller than that of the classic models from which they are derivated. But in order to respect the original design, the chrome bumper between the radiator grille and the lower air intake was kept. Instead, Project 107 has the exhaust in the central area with two exhaust pipes while at the original model was on the left. Mechatronik does not yet show photos of the interior and the engine, but in the photo from front it can be seen that the driver and passenger will benefit of the excellent lateral support of the Recaro sport seats. 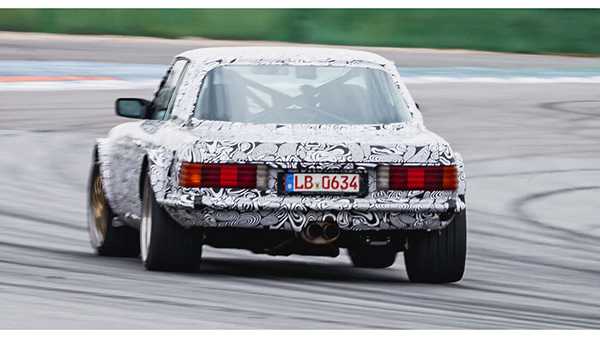 For project 107, Mechatronik is preparing two versions and says that one of them will be a V8 combined with a manual gearbox, a combination that you can no longer find today at Mercedes. 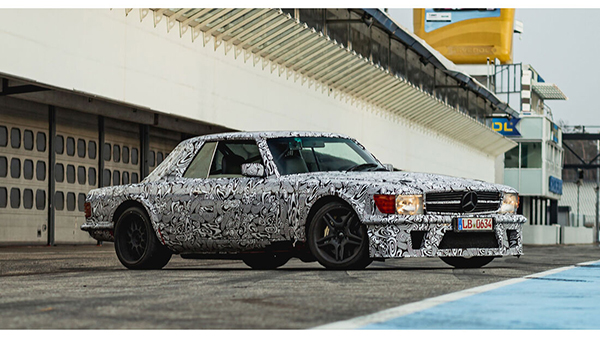 Nothing is known about the price, but neither how fast will Project 107 on a lap on Hockenheim ring. But the other W111 models in the portfolio cost 400,000 euros with the 4.3-liter V8.

And we believe that the 4.70-meter-long coupe Project 107 will reach a six-figure sum, especially if it will have a larger V8 engine.