Five Decades ago, Mercedes-Benz presented the SLC at the Paris Motor Show as a fixed-roof version for the SL Roadster R 107. It was a luxury coupé that combined dynamic driving performance with driving comfort, carrying over the legacy of the SL 300 “Gullwing” model. 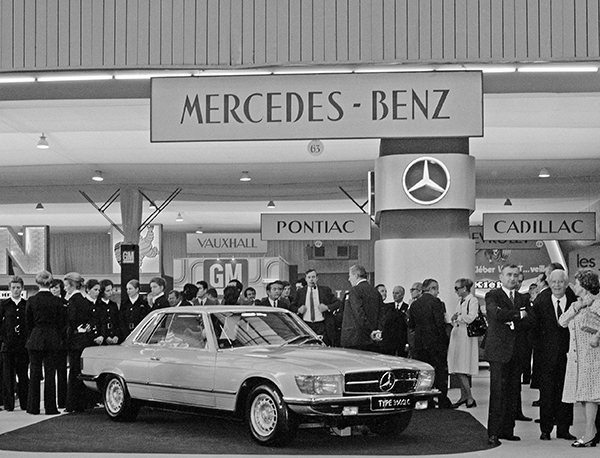 The 350 SLC was the first model to be showcased at the Paris Motor Show in 1971. Additional models followed, and the company even enjoyed a motorsport success, as Mercedes-Benz works teams participated in endurance rallies with 450 SLC 5.0 and 500 SLC development stages. Furthermore, the SLC brought them the top spot in the Southamerican-Rallye “Vuelta a la América del Sud” and at the African Safari.

By the end of the 1960s, the 280 SE or 300 SE coupé models began to appear dated with a body drawing and design that were further devoid of any sporting character. To face stiffer competition, Mercedes-Benz decided to replace them with a new model based on the future SL roadster (R 107) and not on the next new 116 model series S-Class. 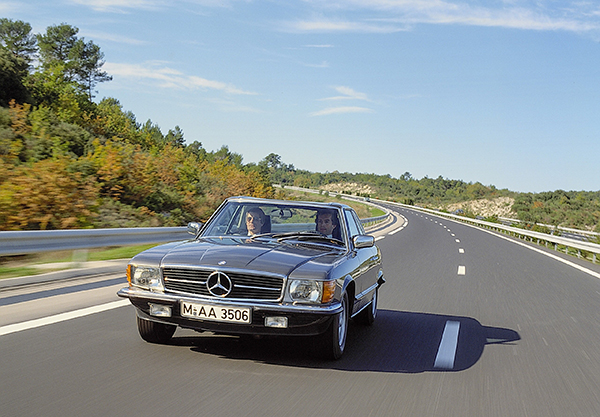 Mercedes-Benz took that decision to cut the model’s time to market. The brand seized the opportunity and introduced the C 107 luxury coupé in 1971, only six months after the new SL roadster was revealed to the world.

From the front end to the windscreen, the SL and SLC were basically the same cars. However, from then on, Mercedes-Benz made the coupé taller and longer, allowing it to fit a bench in the back. Thus, it was able to host four occupants inside. In additon, the flat roof that towered over the cabin gave way to a raked-forward rear window. The trunk lid was also somehow curved in two directions as compared to the SL.

It had stronger A-pillars as a result of stricter safety regulations (particularly in the United States). This made the SLC include a floor assembly made up of sheets of varying thicknesses to provide the vehicle with the predicted crumple behavior. Moreover, Mercedes placed the fuel tank in front of the rear axle to protect it from rear-end collisions.

Under the hood, the roadster and coupé were very similar. The 3.5-liter engine that was initially offered in both model series had previously been fitted on the W 108 and W 109, and in the W 111 coupé and cabriolet variations. 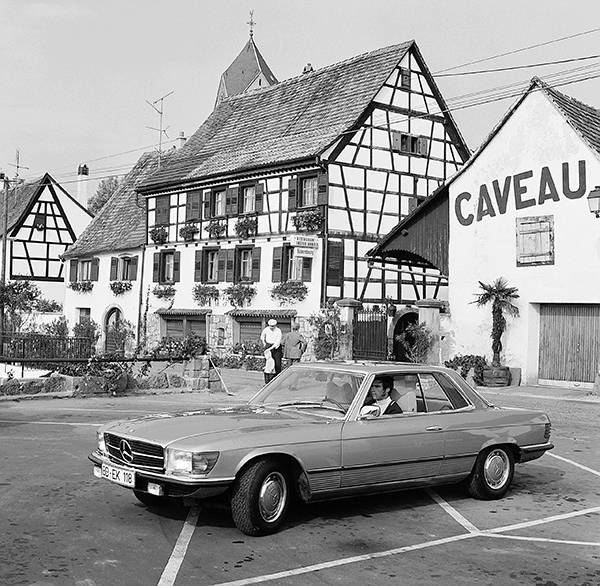 In 1977, Mercedes-Benz produced the 450 SLC 5.0 to homologate the SLC for the 1978 World Rally Championship. The vehicle featured an all-aluminum five-liter V8 which delivered 177 kW (240 hp) and a new aluminum alloy hood and trunk lid. It also had a black rubber rear spoiler and a small front-lip spoiler. 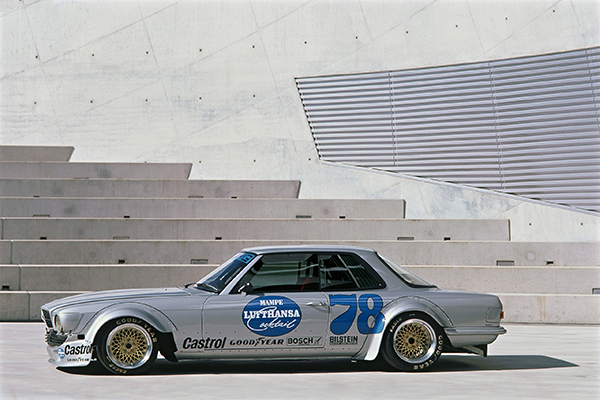 In the hands of Andrew Cowan, the 450 SLC 5.0 would win the “Vuelta à la América del Sud” mammoth rally, and it would have the same successful fate in the East African Safari with Hannu Mikkola behind the wheel.

In 1980, the 450 SL was replaced by the more powerful 500 SL with a 5.0-liter engine. That same year, Björn Waldegaard and Hans Thorszelius drove the 500 SLC Rally to victory on the 3,315-mile (5,335-kilometer) Bandama Rally in Ivory Coast. Their teammates Jorge Recalde and Nestor Straimel finished second. Afterthis 1-2 victory, Mercedes-Benz withdrew from rallye-racing.

Apart from the R171 SLK 55 AMG Black Series and the SL65 AMG Black Series, the SLC is the only Mercedes-Benz coupé with a fixed roof based on a roadster rather than a saloon. Mercedes-Benz produced the four-seat SLC in the Sindelfingen plant until September 1981, when the SEC-based 126-series S-Class replaced it.