Mercedes S Class coupe. I was looking at the images of the 560 SEC and thought I’d give a quick try turning the new S Class to a coupe. 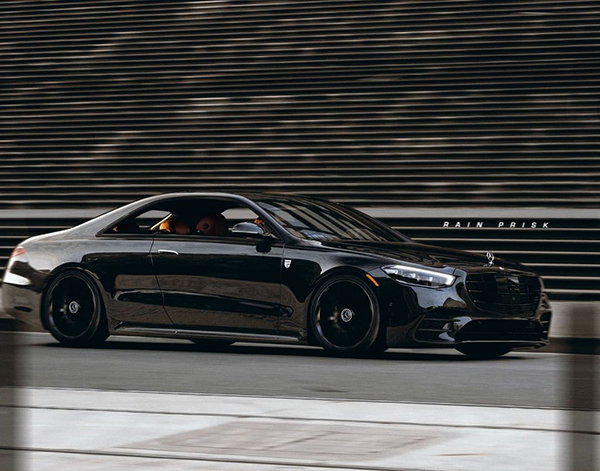 What looks better than a Mercedes (or Maybach, for that matter) S 580? Why, it’s a murdered-out take on the seventh-generation flagship sedan, if you ask custom specialists such as Los Angeles, California-based Platinum Motorsport. And they’re not the only ones gunning for cool all-black transformations. Both in the real and virtual worlds.

Sure, not everyone will appreciate the dark demeanor of a hulking Mercedes S-Class limousine. Hence, we have also seen transformations that bring back timeless Silver Arrow vibes. But, as far as sporty derivatives are concerned, it’s probably better to adopt Darth Vader’s sense of fashion. Sure, maybe that wasn’t the ultimate goal of Rain Prisk, the pixel master behind the rainprisk account on social media.

We have no idea how his virtual S-Class transformation ended up looking fully black, but at least we have tangible information regarding its Coupe transformation. He was “looking at the images of the 560 SEC” when the idea to make Mercedes’ W223 iteration a Coupe again came to him. And, frankly, we do not even care he did not share with us which of the 560 SEC’s iterations triggered the modern Coupe vision.

It’s enough that his new-generation S-Class looks stunning both as a Coupe and as a proud (if virtual) representative of the murdered-out car culture. One of his fans even mentioned this looks smoother than his design career, but I dare not make such assumptions. Instead, to me, it looks smoother than airflow itself.

And it’s also way more credible than his previous dark works, such as the modern Chevy Impala Coupe reinvention or the reborn Nomad with neo-retro Tri-Five DNA. Although, frankly, those were also just as cool as this new one. Too bad they’re all mere wishful thinking.