Mercedes-Benz unveiled a futuristic one-off prototype called EQXX earlier in 2022 to demonstrate what its electric technology is capable of. (Check out our driving review of the EQXX). While the swoopy sedan won’t reach production, it joins a growing list of technology-led one-offs developed by the firm to give the world a peek inside its research and development department. One was the 1981 Auto 2000, which influenced the Mercedes range in key ways. 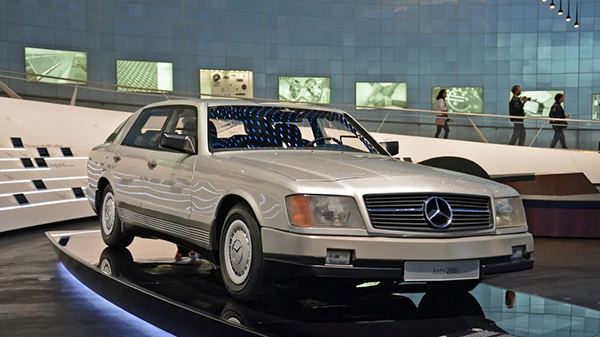 Introduced at the 1981 Frankfurt auto show, the Auto 2000 was built to show what a luxury car could look like in the year 2000. Mercedes-Benz didn’t instigate the project on its own; the prototype was created in response to a challenge announced in 1980 by the West German government. Officials asked the participants (Mercedes, Audi and Volkswagen) to build a fully-functional car that was considerably more fuel-efficient than the models racing down the autobahn at the time without compromising on driving range, drivability, space or comfort. 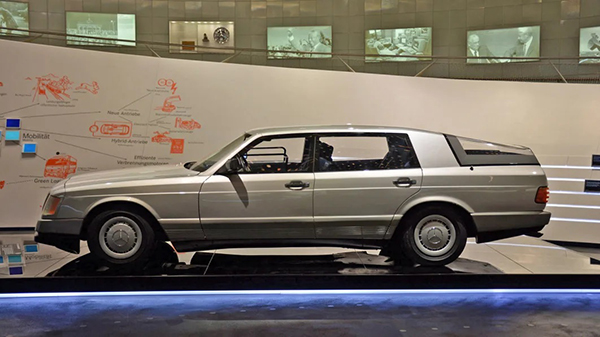 Mercedes-Benz experimented with three powertrains: a gasoline-powered V8 fitted with a cylinder deactivation system, a turbodiesel V6 and a gas turbine. The diesel-powered model was rated at 150 horsepower, it could reach 93 mph, and it offered a driving range of 534 miles. Like the EQXX, the Auto 2000 relied on aerodynamic improvements to achieve maximum efficiency. It wore a swept-back design characterized by a slanted front end, a front bumper without grilles or air dams, and a large glass hatch that ended in a Kamm tail. Even the hubcaps were aerodynamically optimized. All told, designers achieved a drag coefficient of 0.28, which is on par with the new EQB’s. 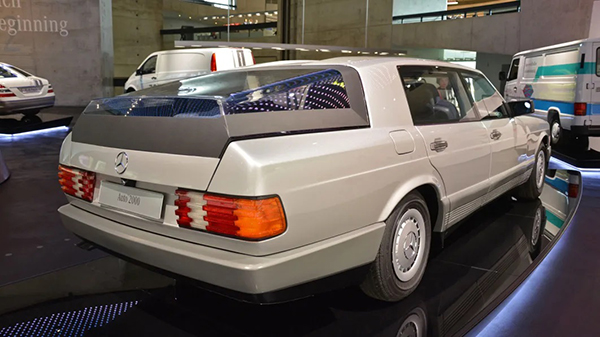 As intended, the Auto 2000 never saw the light that awaits at the end of a production line. It was tested on public roads and sent to the Mercedes-Benz collection once engineers had squeezed the last ounce of knowledge out of it. That’s likely what will happen to the EQXX as well — these two rolling laboratories are on the same branch of the family tree. While it’s too early to precisely gauge the scope of influence that the EQXX will have on future Mercedes models, hindsight gives us a good look at the Auto 2000 features that permeated the range. 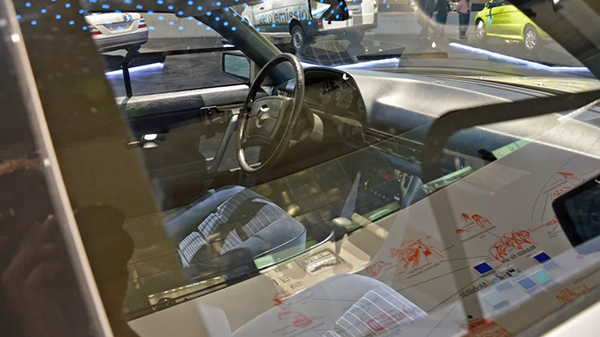 The angular front end accurately previewed the W201-generation 190 released in 1982, and this look later spread across the full lineup. It was seen on the W124 revealed in 1984 (and which later became the first E-Class) as well as on the W140-generation S-Class from 1991. Cylinder deactivation, a technology that Cadillac also experimented with, was widely available by the 2010s, and Mercedes-Benz has built millions of turbodiesel V6 engines since the 1990s. Some features stayed behind, however, like the Kamm tail and, for better or worse, the gas turbine.