The premium car maker thought they nailed it. The Mercedes-Benz Vision SLA Concept was designed to preview a chic roadster that was meant to be fun, stylish, and affordable. But it turned out a financial failure before it even hopped on the assembly line. 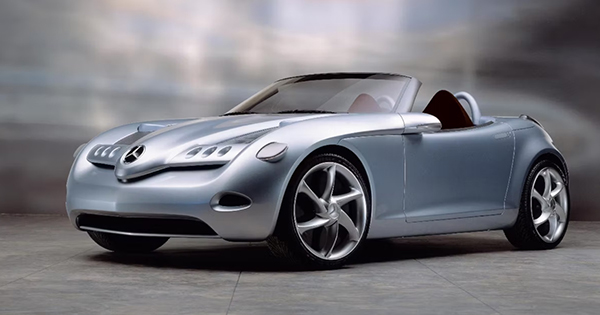 Mercedes-Benz intended to take the world by storm with a car that was unlike anything they had rolled off the assembly lines over the years. But their plans blew up in flames. Blueprints did not exactly match possible production costs.

The Germans revealed the Mercedes-Benz Vision SLA concept car at the Detroit Auto Show in January 2000. It came as an SLK-A-Class combo, putting fun and affordable in a single sentence. It may have had its share of advanced tech. But it looked bizarre and disproportioned. With a body made of plastic and aluminum and seats of carbon fiber, it only measured 148.4 inches (3,780 millimeters) in length. It had extremely short overhangs, a wheelbase just as short, a front end that reminded a bit of the Silver Arrows era, while the rear end adorned by the straps luggage support, was a reminiscence of the company’s iconic SLs. Something just didn’t click. 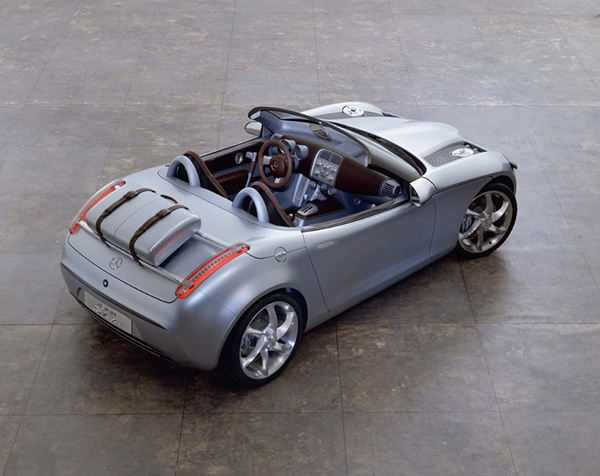 Mercedes-Benz SLA Vision – something just didn’t add up
The team was considering a naturally aspirated 1.9-liter four-pot petrol engine with 125 PS (123 HP) and 180 Nm (133 lb-ft) of torque. The resources would have all been reshuffled via the 5-speed manual transmission. The engine would have breathed through the semi-open hood with mesh on the sides. Those figures would have been enough for the dwarfish roadster to run from zero to hero (62 mph or 100 km/h) in 7.9 seconds and reach a top speed of 210 km/h (130 mph).

Designers and engineers had it all wrong though. It was light and small, but production costs would have been the exact opposite. The car should have tipped the scale at only 950 kilograms (2,094 pounds). It sounded pretty much like a Mazda MX-5 Miata, didn’t it? But again, something just didn’t click. 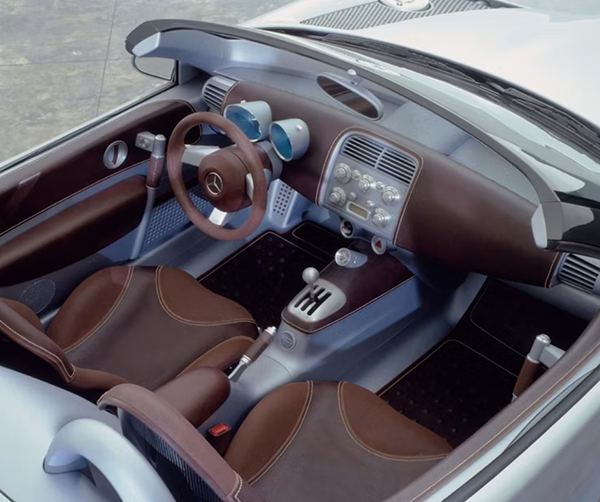 Furthermore, the sandwich architecture of the A- and B-Class was inappropriate for the roadster. Therefore, it needed a platform of its own. That would have taken time and – what Mercedes was not willing to invest – money.

But there was something that the Mercedes-Benz Vision SLA concept brought. A bolder design for the second generation SLK, yet tamed compared to the design vision. Meanwhile, the Vision was just one of the many concept cars that sparked interest, but never sparked series production.