Mercedes-AMG models combine the best of Mercedes luxury and performance all in one package. There are upgraded materials, more features, and plenty of power under the hood, too, but Carlex Design takes that a step further with even more lavish materials inside. The company’s latest offering is a marine-themed AMG G63 called the G-Yachting Limited Edition, which the company says it created for “enthusiasts of luxury and marine style.” 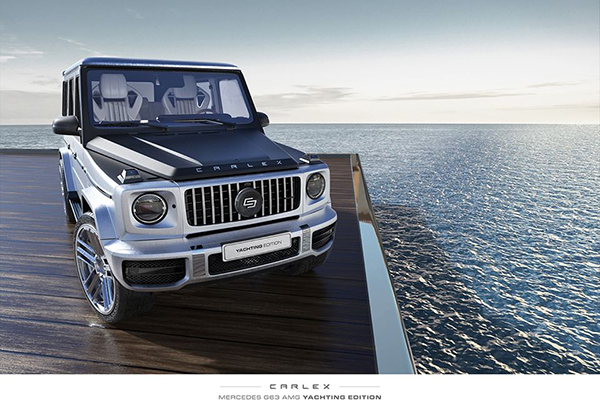 Carlex announced the new yachting model on Facebook, released several images of the SUV’s two-tone, silver-painted and brushed exterior, which isn’t overpowering, either. Big, 22-inch wheels sit at all four corners. The G63 is still imposing, but it’s the Carlex-installed interior that shines. 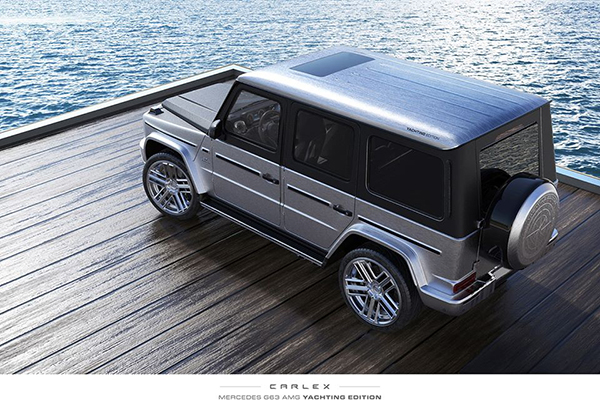 Inside, the aftermarket upfitter replaced several trim components with their own, previewing two color schemes. One is a bright white-and-gray interior with light-colored wood throughout. The seats, headliner, and center console are all white with a silver/gray dashboard. There are touches of light-brown wood on the steering wheels, door panels, and dash. 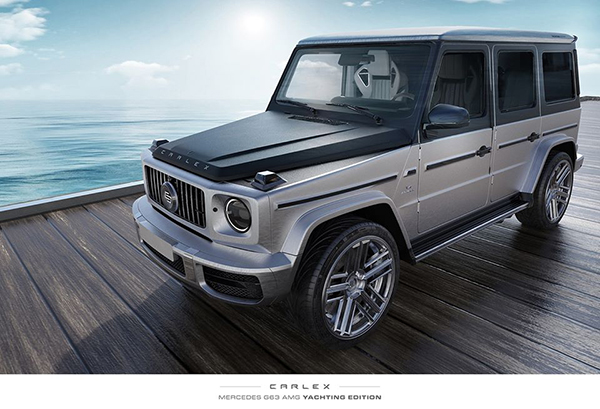 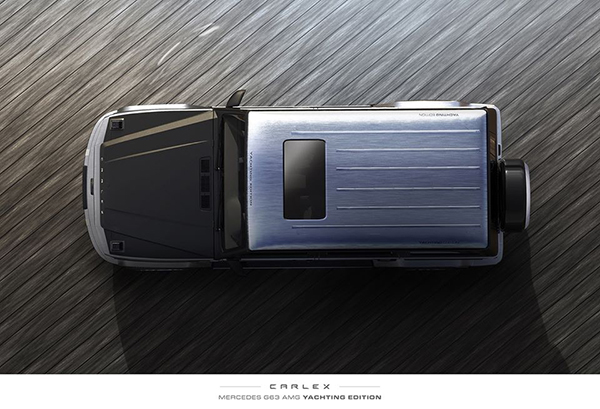 While the interiors are distinct, both feature wood cargo spaces behind the second-row seats with a hint of wood visible in the front footwells, too. Both also feature a sizeable G-Yachting emblem embossed into the headliner. 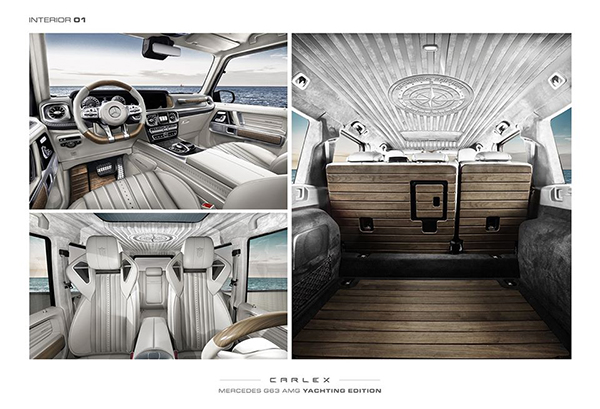 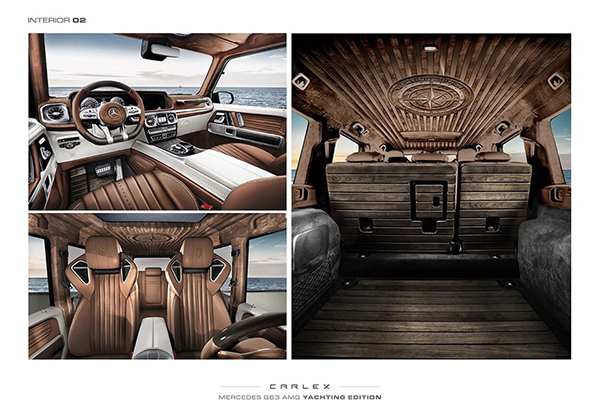 That gets customers the boxy off-road performance machine, which packs a twin-turbocharged 4.0-liter V8 that makes 577 horsepower (430 kilowatts) and 627 pound-feet (850 kilowatts) of torque. If that’s not enough oomph, customers can seek out an aftermarket tuner.