Benzes from the late ‘80s early ‘90s hold a special place in my heart. Nostalgia is the dominant factor in my admiration, but if I were to analyze the W124 rationally, I’d have plenty of nice things to say about it.

Mercedes-Benz ordered the research and development peeps to start designing the replacement for the W123 in 1977, and the basic guidelines were finalized two years later. Longer and more spacious than its predecessor, the squared-off W124 was penned by Joseph Gallitzendorfer and Peter Pfeiffer under the guidance of Bruno Sacco.

Exceptionally aerodynamic and supremely imposing without that obnoxious “look at me” aesthetic of modern luxury cars, the W124 introduced 4Matic to the world at the 1985 Frankfurt Motor Show. The all-wheel-drive system was exclusive to six-cylinder engines, and not long after that, a fixed-head coupe joined the wagon and sedan in the E-Class lineup. 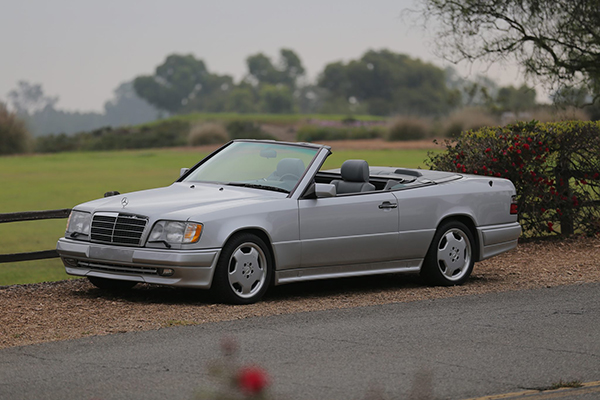 Mercedes refreshed the W124 in 1989 with the infamous “Sacco planks,” and the convertible launched in 1991 with roughly 1,000 redesigned or new parts compared to the coupe. The 1995 model year E 320 Cabriolet we’re covering today is one of the best-preserved ragtops ever imported to the United States, a family-owned car with only 45,191 miles (72,728 kilometers) on the clock. Purchased by the seller’s father in Oregon, picked up via the European Delivery Program, then modified by AMG in Affalterbach, the silver-painted luxobarge is offered on Bring a Trailer with an original sales invoice that shows a simply whopping total price of $75,720.

Adjusted for inflation, make that $139,775 in today’s money, which is more than a brand-new E 63 S for the U.S. market. Never involved in an accident as per the Carfax report, the car has only one issue (if you can call it that). More to the point, the front seat bolsters have slight creasing but no cracks. 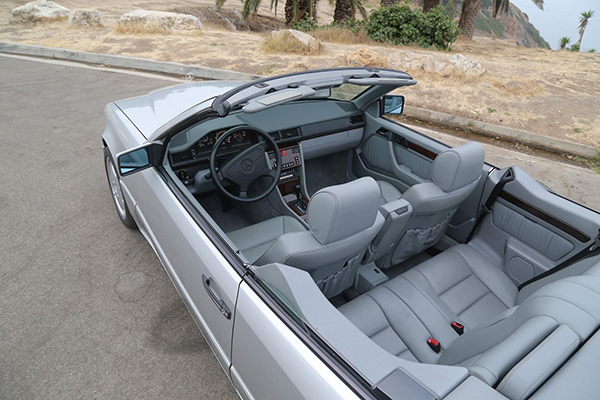 In preparation for the sale, the A124 as Benz calls the canvas-topped convertible has received a fresh cylinder head gasket and Michelin Pilot Sport A/S 3+ tires wrapped around 17-inch monoblock wheels from AMG.

Currently sitting on a high bid of $30,000, this immaculate blast from the past is certain to outlive the 2021 model year Mercedes E-Class Cabriolet because of the bulletproof engineering that Mercedes used to be known for.