The new Mercedes Citan is a relatively refined van that offers some good tech and respectable carrying capacity and payload. The ride is ok and the engine is punchy enough and fairly frugal too, making this a competent all-round commercial vehicle. 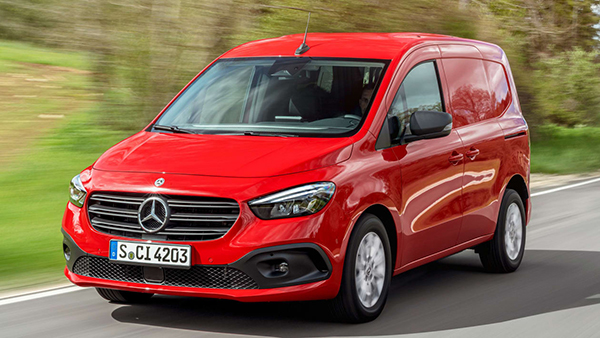 Think of Mercedes vans, and the small Citan is unlikely to register ahead of the giant Sprinter and mid-sized Vito. But the Mercedes Citan is a decent seller in Europe, and the firm has produced a new-generation model that features tech from Mercedes’ passenger car range. While the new Citan won’t arrive in the UK until the middle of next year at the earliest, we’ve been behind the wheel of the newcomer to see what small van buyers can expect. 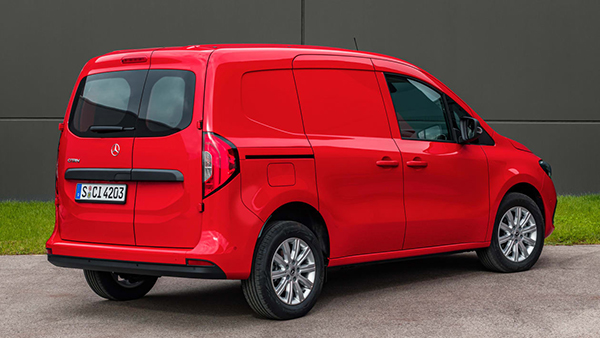 From the outside, the Citan features an evolutionary look that’s unmistakably Mercedes. There’s a mix of B-Class and Sprinter about it, with LED daytime running lights and a large grille with a big three-pointed star in the centre. The traditional two-box design is largely the same as before, and while we’ve driven the standard wheelbase model, a long-wheelbase version will join the range in 2022.

As with the previous generation, the Citan shares its bodyshell and running gear with the Renault Kangoo, but there are enough differences between the two for the Citan to stand out on its own. Inside, the dashboard features round air vents, as seen in Mercedes’ passenger cars, but with a gloss black finish on vans in Pro trim. Also available is a 5.5-inch touchscreen display with ‘Hey Mercedes’ voice control and plenty of connectivity.

For now, the standard Citan has a cargo volume of up to 2.9 cubic metres and a maximum payload of up to 782kg. That cubic capacity figure comes when you specify a steel mesh bulkhead and folding passenger seat, which also offers a maximum load length of 3,053mm. In terms of payloads, some rivals can carry up to a tonne inside, but while the Citan can’t match these weights, it counters this with the prospect of a more comfortable drive. 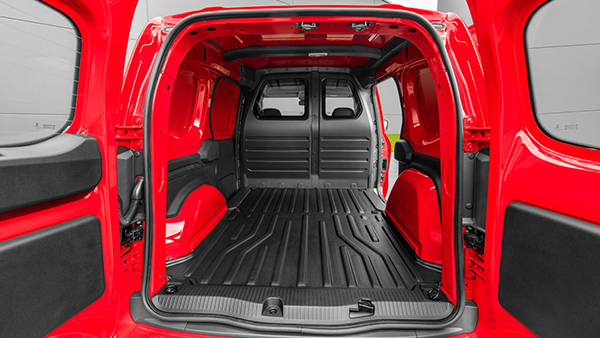 Largely it succeeds. The diesel engines are refined, although there is some vibration felt. We drove the most powerful 1.5-litre diesel with 114bhp and 270Nm of torque, and with the latter figure generated from 1,750rpm, there’s no real need to extend the engine when driving in urban environments.

The engine only really gets vocal when accelerating to motorway speeds, but then settles once again when you’re cruising, while the gearbox delivers a positive shift action – it’s certainly not as vague as the previous generation.

The Citan rides pretty well for a small van. It’s well isolated from big thumps, while refinement is good, with low wind and road noise keeping the cabin relaxed. There’s a plastic bulkhead dividing the cab and the cargo area, but there isn’t as much noise that resonates through as you’ll find in some rival vans.