It seems that Mercedes-Benz will live up to the expectations and will reveal the new generation Citan in about a month from now. The Stuttgart-based automaker has just released a new teaser image with the light commercial vehicle and it’s finally showing its shapes without any camouflage. The full debut is scheduled for August 25 but let’s see what we know about the model so far. 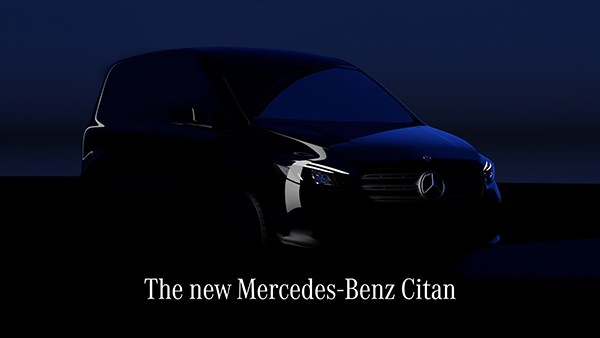 After months of teasers and spy photos, Mercedes has released the first revealing image of the 2022 Citan.

Set to be unveiled on August 25th, the redesigned van promises to have an unmistakable design as well as a spacious interior packed with all the latest safety and connectivity features.

The company didn’t go into many specifics, but we can see the model will have an evolutionary front fascia with a tri-bar grille that features a prominent star logo. It’s flanked by sweptback headlights with stylish daytime running lights.

Moving further back, the Citan has streamlined bodywork which helps it look more upscale than its predecessor. We can also see a prominent shoulder line and an upward sweeping beltline.

Additional details are hard to make out, but Mercedes said the Citan will have wide-opening sliding doors on both sides of the vehicle. The model also promises to have a low loading sill, a high load volume, and a spacious interior despite its compact dimensions.

Besides the cargo-focused model, there will be a Citan Tourer which is slated to have a comfortable ride as well as “comprehensive safety equipment.”

While Mercedes didn’t go into many specifics, the model should share some cues with the EQT concept which previewed the upcoming T-Class. As a result, the 2022 Citan could have a more upscale interior with a three-spoke steering wheel, a freestanding infotainment system and metallic accents.

The company might be playing coy, but the Citan was developed in cooperation with the Renault-Nissan-Mitsubishi alliance and will effectively be a revised version of the Renault Kangoo. Engine options could be shared between the models and Mercedes has already confirmed plans for an electric variant known as the eCitan.